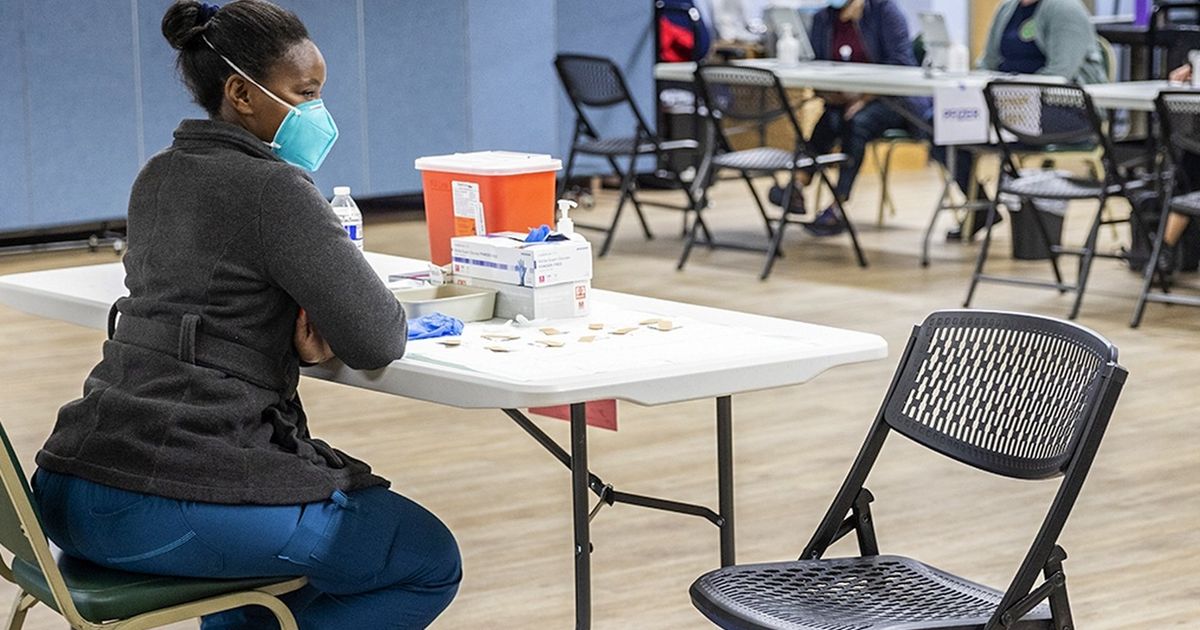 After 2 years of COVID in the Seattle area, do we dare to hope for ‘normal’?

Seattle is back, although not back to normal.

How do we define pre-pandemic normality? Heavy traffic? Loud and crowded restaurants? The day-to-day details of a workplace?

Traffic has almost reached its previous aggravating volumes. Restaurants, bars and almost everything else are open. Workers from some of the region’s largest employers are returning to their cabins.

And yet, the daily number of new coronavirus cases in Washington is in the thousands, according to the state Department of Health. About a fifth of hospital beds in the state are occupied by patients admitted with COVID. People are still dying from viral complications.

The dichotomy of feeling hopeful as restrictions ease, while mourning the past 24 months, can be dizzying. More than 11,000 Washington residents are dead, countless others are suffering the loss of loved ones, relationships, important milestones.

Two years ago this week, the first deaths from COVID-19 in the United States were reported at Life Care Center in Kirkland, marking the Seattle area as the nation’s initial epicenter.

The goal of “flattening the curve” is long gone. There will be no COVID victory march. Instead, experts say, Seattle is approaching a reopened life, with COVID.

“The end of the pandemic will not be televised,” said Kira Mauseth, co-lead of the State Department of Health’s Behavioral Health Strike Team and senior professor of psychology at Seattle University. “Things are more temperate. People are tired. There will be relief and joy for some people, but it’s not the same feeling of euphoric excitement it might have been before. It will be a long-term collective recovery process.

Pandemic restrictions – characteristic of the change and turmoil of the past two years – are easing. The Biden administration said Friday it would relax federal guidelines on masks. Starting Tuesday, restaurants, bars and other covered establishments in King County will no longer have to check someone’s vaccination status. Three weeks later, Washington’s mask requirements will be lifted for those places, among others. Masks will no longer be needed in schools, affecting more than a million students who have lived in a pandemic for at least 10% of their lives.

“Where is the end? I’m not sure,” Gov. Jay Inslee said Feb. 17 as he announced the easing of mask mandates. “No human being can tell you where the end of COVID is. It looks like it will be with us for a while and we will have to figure out how to live with this existing virus. »

For Washingtonians, the pandemic today is different from that of a year ago, different from that of two years ago. At Harborview Medical Center, Dr. Chloe Bryson-Cahn is exhausted. As the third year dawned, the elation of pride in the response to the pandemic was gone. The daily banging of pots and pans for healthcare workers ended a long time ago.

“I think last year we were still on the verge of ‘look what we did, our hospitals responded so well, our community responded,'” said Bryson-Cahn, associate medical director of the Seattle Hospital for Infection Control. “That zest for life is gone. I think that’s too much. It’s all been so, so. Asking people to respond for a year is one thing. Asking for two years, especially as it continues to thwart us, is really difficult.

She is optimistic about declining cases in King County, and in Harborview, the number of COVID patients has increased tenfold from last month to now. But she and her colleagues are still feeling the burden of COVID.

“There is a lot of relief, the sun is up, cases are down and we can now see family and extended family in ways that we couldn’t before,” she said. “But there’s this feeling of doom on me that it’s probably not our last variant. It’s just kind of just waiting for this shoe to drop, but also wanting to enjoy the lightness of the moment.

It is mixed on the relaxation of mandates. She knows that at some point restrictions have to fall, but she works in a hospital where she has seen the “absolute devastation” of the virus. She has a toddler who is too young to be vaccinated. It seems like it’s going fast, she said.

Vince Nguyen says he hasn’t thought about his pre-pandemic world in a while.

“I don’t really remember normal anymore,” he said at the SouthEast Seattle Senior Center, home to the city’s Rainier Beach vaccination clinic. “It’s not just a return to normal, it’s a return to normal with everyone on board.”

Nguyen is the Seattle Fire Department site supervisor for the clinic, which provides first and second doses and boosters to about 80 to 100 people a day. On a recent Thursday, the clinic had 74 appointments scheduled: 17 pediatric doses, 34 Pfizer adult doses, and 23 Moderna.

At the vaccination clinic of the same name, although it has since moved from the Atlantic City boat launch, more than 100 people gathered outside the entrance hoping to score a dose of vaccine remaining. The interest, or desperation, was so high and the supply so low that the latest doses came down to who was the oldest – sometimes a few days apart between who had had an injection and who had not. made.

Eleven months and two variants later, Donisha Webster, 29, was surrounded by a dozen empty chairs as she waited after being shot. Her job as an aeronautical mechanic required her to be vaccinated. She feels like the end of the pandemic is near and one day we won’t all have to wear masks. When will it happen?

But her kids, ages 3 and 7, are in school, and she noted there were real fans at the recent Super Bowl in California — not cardboard cutouts like in 2021.

Scenes from Seattle show how close we are: the line outside Starbucks at Pike Place Market stretches the length of the block. Two young people who met on Tinder do the awkward introduction outside a bar, then head inside for a drink. Children run around the playgrounds, hurtling down slides that were once taped over.

But it’s not quite the same: Starbucks employees, and some tourists, wear masks. The Tinder couple must – for now – show their vaccination card before weaving through the crowd of merchants. Parents discuss the divisions of the playing field between vaccinated big kids and unvaccinated little ones.

Will it ever be the same as before?

“No one is coming back in 2019,” said Mauseth, with the Department of Health’s Behavioral Health Strike Team. “So the idea is not so much to return to normalcy, but to be willing to accept life’s adaptations and re-engage with it in a way that makes sense. And that will be different for everyone.

Right now, we are reeling from the third large-scale impact in the past 24 months. The initial impact was the start of the pandemic, the second was the surge attributed to the delta variant, and the third began in December, with the omicron variant causing surges higher than any previous point. When communities experience more of a short-term impact, Mauseth said, recovery can be more difficult.

This recovery will be different in environments where the virus has had disparate effects. Long-term care facilities, for example, suffered the deadliest blow; facility residents and staff account for 31% of all COVID deaths in the state, according to DOH data.

At the nursing home where Linda Long works, masks are still needed and she doesn’t know if she will ever work without a mask again. Washington facilities restrict visitors whenever there is a COVID case; there were more facilities with active cases in February than any previous month, according to the state Department of Health and Human Services.

Long wants to feel good about easing the restrictions, but she’s skeptical.

“It only takes one thing to upset the apple basket, so to speak,” she said. “I would love to be in the norm, but only then can we take care of and control the outbreak. And I don’t think it’s controlled. There are so many variations that keep coming. How can we control it?

Harborview’s Bryson-Cahn, too, feels far from some semblance of a pre-pandemic world.

“Come visit us in the hospital,” she said. “We’re going to show you that it’s not normal yet.”

We are not at the end. But there is hope.

“To be part of this two-year process, you can’t do it unless you have hope,” said Nguyen, the vaccination site supervisor. “We know there will be an end.”

There are still moments of joy. Bryson-Cahn finds it in her child, born in 2020, a tiny person who has no idea what’s going on.

From his eyes, everything is normal.