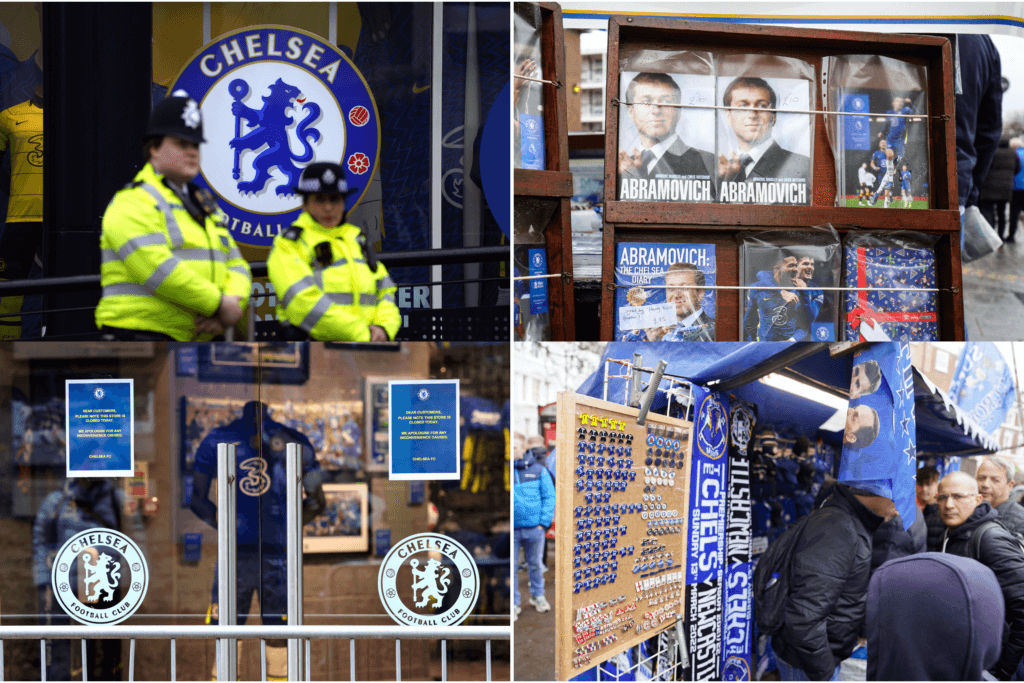 Leaving Fulham Broadway, the first thing that strikes you is a crumpled billboard for last night’s Evening Standard: ‘RUSSIA PREPARES FOR ASSAULT ON KYIV’. Leaning against a metal barrier, about 20 yards beyond a warning that ‘street game ticket sales are illegal’, two guys in down jackets ask a question: ‘Spare parts, mate? ” Across the road, tattoo dealers flaunt half-and-half Chelsea and Newcastle United scarves.

It’s 10 a.m., four hours before kick-off on March 13, and the day’s routines are already beginning. It’s also unusual at Stamford Bridge, where blue is the color, flickering towards red.

At Steve’s Football Memorabilia you can still purchase a copy of Abramovich: The Chelsea Diary. Banners hang from lampposts, Mason Mount kissing the badge. Local fans flock to Butcher’s Hook for a liquid breakfast. Earlier, a young boy and his father are sitting on the subway and discussing the game. “Is Newcastle any good?” asks the boy. Dad’s response: “We’re going to crush them, like we do with everyone else.”

As the minutes pass and the crowd thickens, you have to watch carefully to notice a big difference. Perhaps it is there in the deep, luminous line of stewards in front of the main entrances to the stadium, in the crowd of cameras opposite. French television asks to do interviews, but it’s a self-fueled media feast: “Sorry, I’m also a journalist.