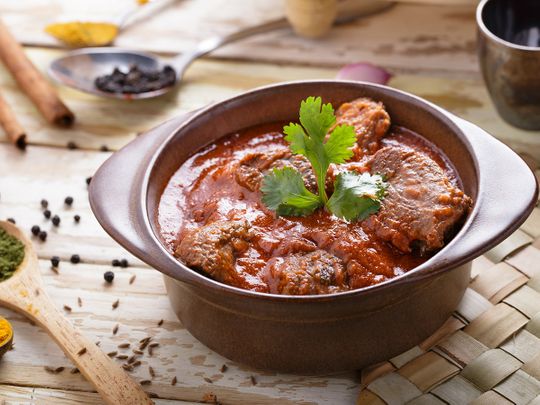 Beyond roganjosh: expats talk about what makes Kashmiri cuisine unique

Uncle Ghulam, a Kashmiri shawl seller who had a long relationship with our family, used to give me unshelled nuts and taught me how to crack them. For a four-year-old, it was pure wonder. Especially since he told me stories about how these beautiful nuts grew in their garden. How they could simply tear them from trees to nibble on. These are some of the first stories I heard about a beautiful place called Kashmir which I had the good fortune to visit in the summer of 2008. Obviously I went there with the firm belief that you can pull the nuts off the trees that everyone had in their backyards. I was not disappointed as I found not only nuts but also apples.

Since I was there to attend the wedding of my university friends, I was exposed to the rituals, traditions and culture of Kashmir with the food taking center stage. Until this trip, mutton roganjosh was all I knew of Kashmiri food. The trip introduced me to authentic Kashmir cuisine. My five days in Kashmir were nothing short of a culinary marathon. Mornings usually start with a cup of traditional Kashmiri chai and girda or freshly baked flatbread [smeared with butter] bought from the nearby baker. I would enjoy this simple but hearty breakfast of endless stories of yesteryear about the valley told by my friend’s octogenarian grandfather as he smoked the hookah. On the first day of my trip, I began to see my friend’s garden fill with a team of cooks called wazas and their ornate utensils. Between spices and pounded meat, they happily tapped their feet to Kashmiri folk songs. On the wedding day, the grandeur of wazwan, the elaborate party was a sight to behold. One thing I found amusing was how every guest at the wedding walked away with packed bags of food without hesitation. “It’s our way of reducing food waste,” my friend explained.

Years later, as I write this article, the memories resurface. This time I also learned about many deeper cultural nuances that define Kashmiri cuisine.

Different cooking styles but many commonalities

Apart from the use of seasonal produce, fresh ingredients and spices and the slow cooking process, it is the cultural influences that add richness to Kashmiri cuisine. A cuisine that has evolved over hundreds of years with influences from Central Asia, Iran and even the plains of northern India. Today, Kashmiri cuisine is marked by two different cooking styles; pundits and Muslims. The main difference between the two styles is the use of onion and garlic by Kashmiri Muslims. Whereas Kashmiri pandits do not use onion and garlic in their dishes.

“I didn’t even know the taste of garlic until I was 22,” said Aditi Shishoo, a fourth-generation Pandit Kashmiri based in India and living outside the valley.

On the other hand, rice is the staple food of both communities. “We eat rice twice a day,” confirmed Syed Faiq, a Kashmiri Muslim based in the United Arab Emirates. “While I was growing up in Kashmir, one of my favorite dishes was saffron rice with gosht aab or slow cooked meat in white sauce with milk, spices and ghee.

“At home, too, we hardly eat flatbreads or chapatis with meals. Although we can cook an elaborate Kashmiri meal, we are not good at making chapatis. At the age of 85, now that my grandmother is rolling flatbread, it’s a sense of accomplishment for her,” Shishoo joked.

Haak is another common dish prepared by both communities. It is a spinach variant made as a vegetarian dish or with meat called haak maaz. While preparation of yakhni style foods in milk, white yogurt-based sauce is also common among communities.

A unique element of Kashmiri cuisine is the use of fennel and ginger powder. “These two spices keep the body warm,” Shishoo explained. “That’s why we add these two spices to almost every dish, including lentils. Ground black cumin (kala jeera) is also widely used in our home. We also add saffron to almost everything, tea, rice, meat dishes as well as sweets. »

Any reference to Kashmir is never complete without the mention of kehwa, green tea traditionally prepared with saffron, cinnamon, cardamom and served with chunks of almonds. “Unlike any other part of India where tea is usually consumed before meals, we drink kehwa after meals. The natural almond oil adds a buttery flavor to the kehwa and the crunchy aftertaste is quite filling.Nowadays, rose petals and nuts are added to kehwa to give it a modern twist that mostly appeals to non-Kashmiris.

Faiq said, “As a real Kashmiri, I really like kehwa, but the milk version or doodh kehwa which tends to be a celebratory drink on Eid. And it tastes divine when drunk from the samovars, the copper vessels that keep the tea nearly boiling. Another favorite dish of Kashmiri Muslims and Pandits is kanti or meat cooked in spicy red curry. We do it with lots of onion, tomato and vinegar.

Preparation is an integral part of Kashmiri cuisine

The harsh winter in Kashmir makes the availability of fresh produce difficult, so people in the valley start drying locally grown fruits, vegetables and even fish from September for consumption during the colder months. “Canned vegetables are used to cook various dishes with or without meat. In this sense, this type of rigorous preparation also makes the kitchen unique. For example, an all-time favorite winter delicacy for us is harissa or meat slowly cooked for almost 12 hours until it takes on a smooth mushy consistency,” Faiq explained.

Sharing his love for authentic Kashmiri food, Shishoo added, “As most kids love french fries, we Kashmiri love nadru chips made from lotus stems. It is difficult to find delicious lotus stems outside Kashmir, which must be thoroughly cleaned before cooking. One of my favorite dishes is nadru yakhni. Over the years I have realized that more than the recipes, it is the way the dishes are prepared, simmered with Kashmiri spices that make them deliciously unique.

Rituals and emotions around food

Kashmiri cuisine is also marked by various rituals and associated emotions. Worldwide, wazwan is popular for the more than 30 authentic vegetarian and non-vegetarian Kashmiri dishes served there. “But the beauty of wazwan goes beyond the dishes,” Faiq pointed out. “It’s more about nurturing a sense of community by sharing food. Even the way wazwan is served highlights the communal element where four people eat from a trami or large plate. Apart from happy occasions like weddings and festivals, waza also occurs when there is a death in the family to prepare a much simpler meal so that family, relatives and friends can always share a meal together from the trami. It symbolizes the strength of being together through good times and bad.

The cuisine is also characterized by festive dishes. “During Ramzaan (Ramadan), my mother would make phirni or a creamy dessert made from semolina and flavored with saffron for iftar. Flatbread sweetened with sheermaal or saffron is another favorite festive snack that is usually served with midday chai Eid sewaiyaan or vermicelli cooked in milk and sugar with saffron and dried fruit is a must. Since the 1920s, doodh kehwa has also been a festive drink,” he added.

Meanwhile, Shivratri which honors the deity Shiva, is the main festival of Kashmiri pandits. “We offer unshelled nuts soaked in water as an offering (or prasad) to mark the feast. We also cook auspicious tahaer or yellow rice at Shivratri and do it on all special occasions especially birthdays. Our festive celebrations are incomplete without a big Kashmiri festival although we don’t call it wazwan,” Shishoo said.

“Kashmiryat is an emotion for us. It is defined by our spices, our ingredients and even our utensils. It is above all our identity and an emotion that we keep and pass on to future generations,” concluded Faiq and Shishoo.

Try some Kashmiri recipes below:

Share your food stories and recipes with us at [email protected]