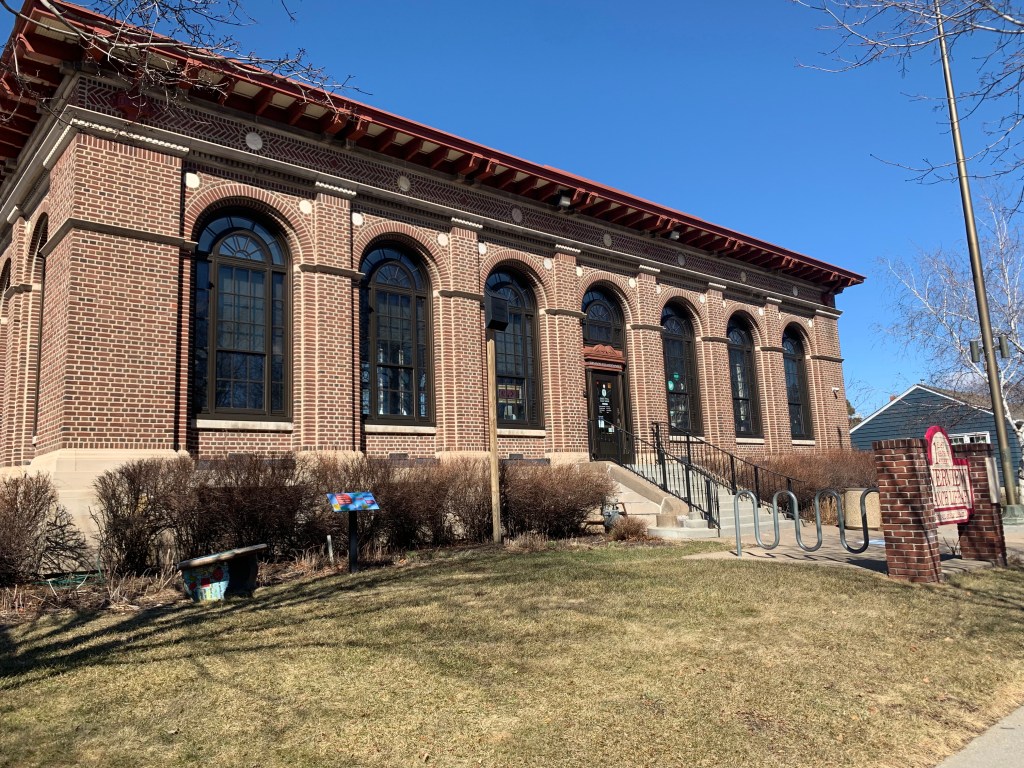 The St. Paul Public Library system plans to bring four of its locations into the 21st century.

Working with design partner LSE, the Library System unveiled options to remodel or completely rebuild the Hamline-Midway branch, as well as major upgrades to the Hayden Heights and Riverview branch libraries and Nicholson Commons on the second floor of the Downtown George Latimer Central Library. .

Back-to-back open houses showcasing the design options are scheduled for April 23 at each of the three branches. At the Central Library, the design panels were created on March 31 and will be available for public comment until Sunday, April 10.

Each of the four locations has developed an audience — the average neighborhood library score in community outreach was 7.68 out of 10 — but library officials say listening sessions, pop-up events and community surveys More than 1,600 patrons point out that the St. Paul Library system in general has not kept pace with its industry peers when it comes to physical upkeep and amenities.

Public safety is a recurring theme. Outdated sightlines, limited access for people with disabilities, technology, energy efficiency and maintenance priorities like water infiltration are also concerns in several locations. The same goes for creating flexible spaces where families and neighborhood residents can come together as the pandemic emerges.

“Part of the healing process is coming together in the community in small ways…and in much bigger ways, and our libraries really have the opportunity to play a role there,” said Catherine Penkert, System Director of Libraries, addressing the St. Paul City Council on Wednesday.

Across the library system, two-story buildings built nearly a century ago provide unequal access for people with disabilities, library officials say. Interior spaces are inflexible and lack room for quality learning and play.

Public feedback also found the entrance areas a bit unwelcoming, exterior and interior signage and subpar orientation and sight lines for staff work areas outdated. Then there are widespread questions around meeting rooms, which lack flexibility and modern audio-visual technology.

“Technology is lagging, surfaces are worn out and buildings are in serious need of investment,” read a statement from the library system. “Many are experiencing water infiltration. Mechanical, electrical and plumbing systems require significant investments.

In late 2019 and early 2020, the library system worked with architects and engineers to analyze the condition and functionality of its buildings. The resulting “SPPL Facilities Direction” – which calls for technological improvements and new play spaces in the library’s 13 locations – is available online.

More information on the four planned projects is online at sppl.org/transforming-libraries.

A quick overview of the four locations:

Of the four projects, the Hamline-Midway Library is the most readily ready for a major overhaul, as funding has already been set aside for construction. The city’s budget approved in December provided $8.1 million to renovate or rebuild the small but popular structure, which is effectively one level over a sparse basement. The outdated building was built in 1930 and spans 7,680 square feet near Minnehaha and Snelling Avenues.

“The library as it is currently configured is truly inconvenient, but like Riverview, it is a beloved community space and well-loved as an architectural contribution to the neighborhood,” City Council member Jane Prince said Wednesday. and chair of the city library board. “We’ve all heard from neighbors concerned about the historic preservation of the building.”

Four design options recently unveiled by the Library System will be whittled down to two by the open house on April 23. They include constructing a new facility in front of the existing one, moving the existing library forward from its foundation, and adding an adjacent new facility behind it at an additional cost of approximately $1 million. or the reuse of the popular red brick facade and entry stone in a new building.

The latest option would reuse existing building materials and architectural components as accents for a new building, in the same vein as the University of Minnesota’s McNamara Alumni Center on Oak Street in Minneapolis, which retains its predecessor’s distinctive arch. .

Library officials noted that the interior woodwork and lighting are not original to the structure, but the exterior attracted a following, as did its fireplace.

“I don’t know how you recreate that, but the library is cozy,” Chris Tolbert, a member of the city council and former chair of the library’s board of trustees, said Wednesday. “Maybe it’s the chimney, maybe it’s the facade, maybe it’s the size. … Balancing the historical nature of it, the modern needs, the current conditions of some parts of the building and, quite frankly, a budget, I know it’s not an easy balancing act.

A design decision will likely take place in May and construction could begin in the spring of 2023. LSE architects will be on site from 10 a.m. to noon on April 23 to answer questions and comments.

So what’s wrong with the existing building?

A preliminary assessment found that disabled access off the aisle, mechanical ventilation, and floor-to-ceiling heights were outdated, and that lower-level hallway widths and heights did not meet building requirements. modern accessibility. Damp walls and floors were a problem, as was access to the toilets, which are located in the basement, out of sight of library staff on the ground floor.

In short, after nearly a century of operation, library administrators believe it is not well placed to meet the needs of the community for the next 100 years.

Calling these concerns overblown, an organized group of historic conservators and neighborhood advocates (“Renovate1558.org”) accused the library system of prioritizing comprehensive reconstruction over historically sensitive renovation. Some have even called for preserving the existing building as is for new uses while moving library services offsite, perhaps next to a recreation center.

Some library staff attached to the existing building have also raised concerns about any potential demolition.

Spanning over 11,000 square feet, the one-story Hayden Heights Library on White Bear Avenue was built in 1955 and last remodeled in 1979. High window sills limit views in and outside, restrooms are out of sight of staff, doors need leaking, and bathrooms, study rooms and staff restrooms do not meet modern accessibility requirements, according to a site assessment.

In surveys, some patrons said they had passed by the no-frills, block-like building for years and never realized it was a library because signage is missing. in plain sight. Library officials are seeking funds for the renovation.

A 33-space parking lot provides excess parking size that could be better used for an outdoor courtyard or recreation space, library officials said.

VIEW OF THE RIVER

Built in 1916, the Riverview Library on George Street was designed in the Beaux-Arts architectural style by Charles Hausler, the city’s first architect. The building, which spans 8,400 square feet, was last renovated in 1989.

Like Hamline-Midway, poor sightlines and remote lower-level restrooms that aren’t handicap accessible pose safety concerns, and the mechanics are nearing the end of their useful life, library officials say.

Preliminary concept plans foresee the renovation of the existing building, with the possibility of adding a small addition for disabled access. Initial ideas include lowering the main entrance or moving the existing entrance to a new addition.

Riverview, which is flooded with light as a result of being surrounded by 13 large windows each measuring approximately six feet wide and 16 feet high, is one of three Carnegie Libraries in St. Paul and listed on the National Register of Places. historical. As the Carnegie Library, it has distinctive features that city officials say they want to see retained.

“I was in Kilkenny, Ireland, and walked into a Carnegie library and was shocked, because I felt like I was in St. Paul,” Tolbert said Wednesday.

LSE Architects will be on site from 3-5 p.m. April 23 to answer questions and comments.

The Library System is working with MSR Design to revamp Nicholson Commons on the second floor of the Central Library. The goal is to invest in the space over time, funded by the Richard and Nancy Nicholson Endowment, an annual endowment dedicated to library programs, materials, technology, and services.

Some changes — like 16 green lounge chairs in a new study area — moved forward in 2016, but library officials hope a more thorough reconfiguration will create a more inviting and user-friendly experience. A public comment period ends on Sunday, April 10.