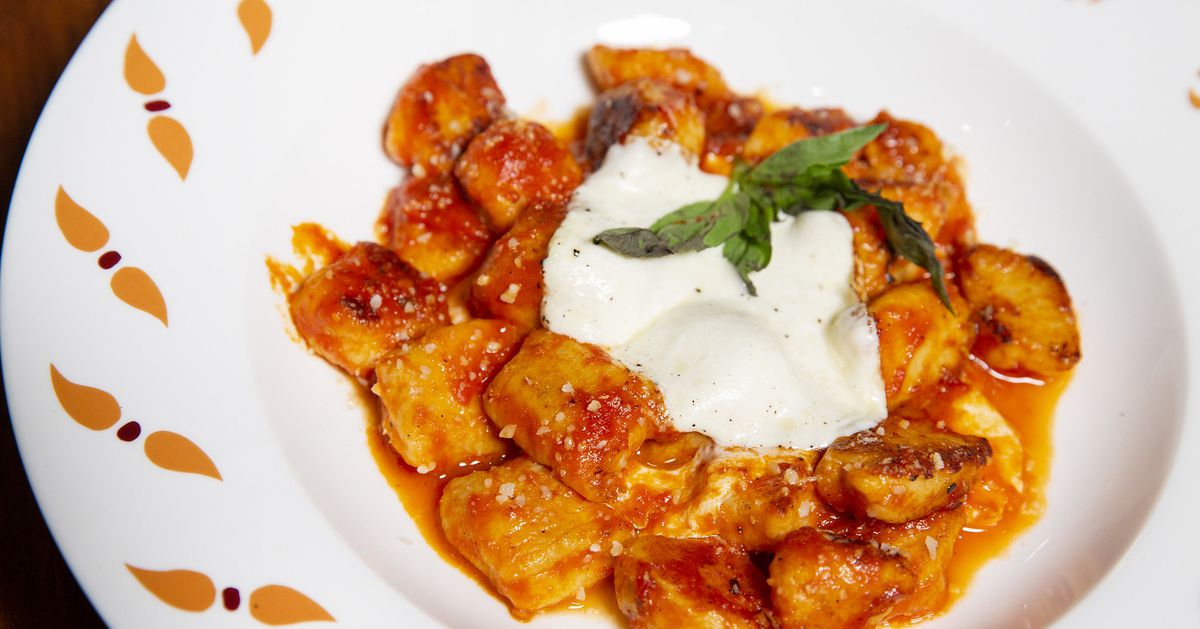 After Joe Carlucci closed his namesake restaurant in Downers Grove three years ago, he almost immediately began planning another Carlucci’s that would bring him back to town.

Carlucci has been in the restaurant business for 36 years. “There is always something about building a restaurant that you don’t realize is going to surprise you,” he says. “My designer and I were working out our plan, our vision for the place, and we were like, ‘What’s that punch in the nose going to be? We learn six months later that it is a pandemic. Not the punch we expected. It was more like a blow to the body.

Longtime Chicagoans may know Carlucci from his original Lincoln Park restaurant that closed in 1997 or from nearby Charlie’s Ale House. (Carlucci Rosemont has another owner.) Former Tribune critic Phil Vettel I called him “a major figure in the Chicago restaurant scene.” And now he’s back.

Carlucci Chicago recently opened in Lakeshore East. The high-rise residential and commercial development (housing restaurants including Avli on the Park and MingHin Cuisine) is not what most people see when they imagine a Chicago neighborhood, but it suits Carlucci the restaurateur: it’s densely populated, full of people who would stop regularly to ask when the restaurant would open. “And when we opened,” Carlucci said, “they came in. The angst of wondering where the core business came from was eliminated.

The menu also features favorites from previous Carlucci restaurants including (clockwise from top left corner) squid ink pasta with squid and squid, bruschetta, risotto and arancini to compose yourself.

The menu is packed with dishes that Carlucci’s previous guests might recognize, including meatballs, arancini, and bobonato that are tossed at a Parmesan table. Carlucci has been spinning pasta on the cheese wheel since 1995 and jokes with customers who wouldn’t allow him to open without.

But there are also new dishes. Chef Dana Heffernan spent a year touring the southwest coast of Italy (especially around Sorrento) and his travels inspired new dishes for the menu, including Duck Stewed Pappardelle, Carlucci’s personal favorite. Much like in Downers Grove, there will be pizzas with eclectic toppings like rabbit sausage and pepperoni with Calabrian pepper oil and honey. Pizza and pasta are available gluten free. The bar menu includes wine offered by the glass and by the bottle, as well as a brief list of Italian and Italian cocktails like negronis and martinis.

The design of the restaurant, which can accommodate 110 people in the dining room and 60 others in the bar, is somewhat inspired by the pandemic. Carlucci’s clients have traveled much better over the past 30 years, but he has noticed that one of the first destinations for an American venturing abroad is usually Italy. So he imported the chairs, tables and floor tiles from Italy and hired an artist to paint Italian scenes, mostly from Pompeii, to hang on the walls. But more importantly, there are 30 window panels around the dining room, each painted with the name of a different Italian city. It is intended to evoke memories of past trips. And since Carlucci has observed that Italians love their dogs, he hopes to eventually open the outdoor patio to the many dogs in the neighborhood and visitors to the nearby dog ​​park.

The restaurant has a separate kitchen area which will be dedicated to take out and delivery orders, but which will not be operational until after the New Year, once the restaurant is full. But Carlucci doesn’t mind waiting. Yes, he wants to feed his customers well, but he also wants to give them a fun experience. “Even as nice as your home can be,” he said, “when you can’t get out of it, you want to go somewhere, to be somewhere, to feel somewhere. You appreciate more what you could do before. And now you are anxiously awaiting where you are going to go next.