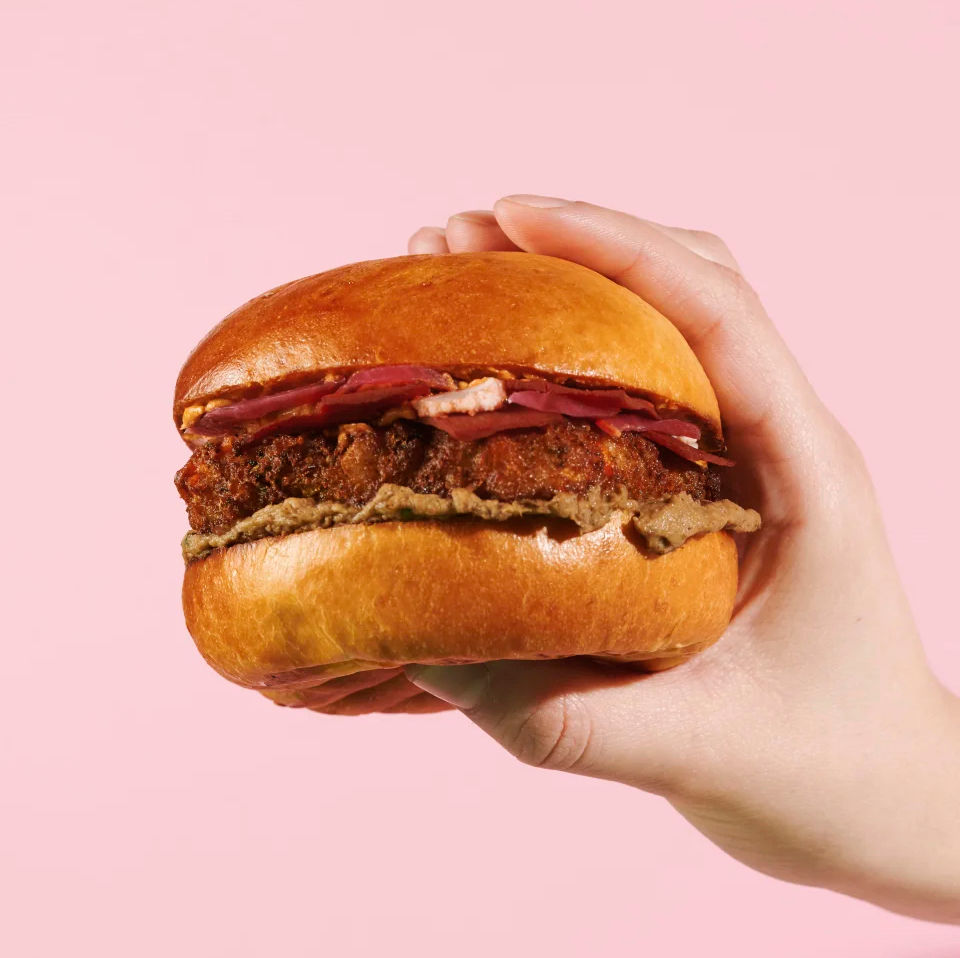 Courgettes, carrots, parsnips, lentils, quinoa and onions… such is the recipe for the vegetarian burger that the great chef Alain Ducasse is preparing to offer in a Parisian kiosk. Unlike many animal protein-free burgers, the superstar chef takes the concept one step further by making the recipe entirely vegan.

Eating is a form of activism, according to Alain Ducasse, who supported this idea in a book entitled “Eating is a citizen act” and taking the form of a manifesto, published in 2017. From favoring cereals and working with legumes to valorization of peelings, and rethinking techniques to throw away less and extract the maximum of flavors, the chef turned entrepreneur clarifies his thinking, based on a more conscious cuisine, for a long time in phase with environmental issues.

In 2014, Alain Ducasse decided to remove meat from the menu of his Michelin-starred restaurant at the Plaza Athénée hotel in Paris. This was the beginning of a gastronomic adventure that gave birth to a concept called “Naturality”.

Why is Ducasse going vegan?

The departure of the legendary chef from the Avenue Montaigne establishment does not mean the end of Alain Ducasse’s commitment to promoting more responsible food. The prolific chef opened on April 8 on the Place de la Bastille in Paris a food stand called Burgal, where a burger without any animal protein will be offered. It’s a fashionable area at the moment, and with its share of food innovations, often coming from the USA or Asia.

Indeed, the vegetable food market has a bright future ahead of it. By 2029, it is expected to be worth more than US$95 billion, according to forecasts by California-based research firm Meticulous Market Research Inc.

The Burgal galette is made with courgettes, parsnips, quinoa, carrots, lentils and onions. And even vegans can take a bite out of it, since French toast contains no eggs, butter or even milk. Chef Ducasse promises that all the ingredients used are French, with the exception of cassava and pepper. The burger is completed with an eggplant condiment and pickles.

As an accompaniment, you will not find fries, but vegetable or chickpea crisps. Count €7.50 (approx. S$11) for the burger, or €12.50 (approx. S$19) for a burger menu with drink and fries. And there is no question of depriving yourself of dessert, because even the chocolate mousse is vegan.

The story was published via AFP.