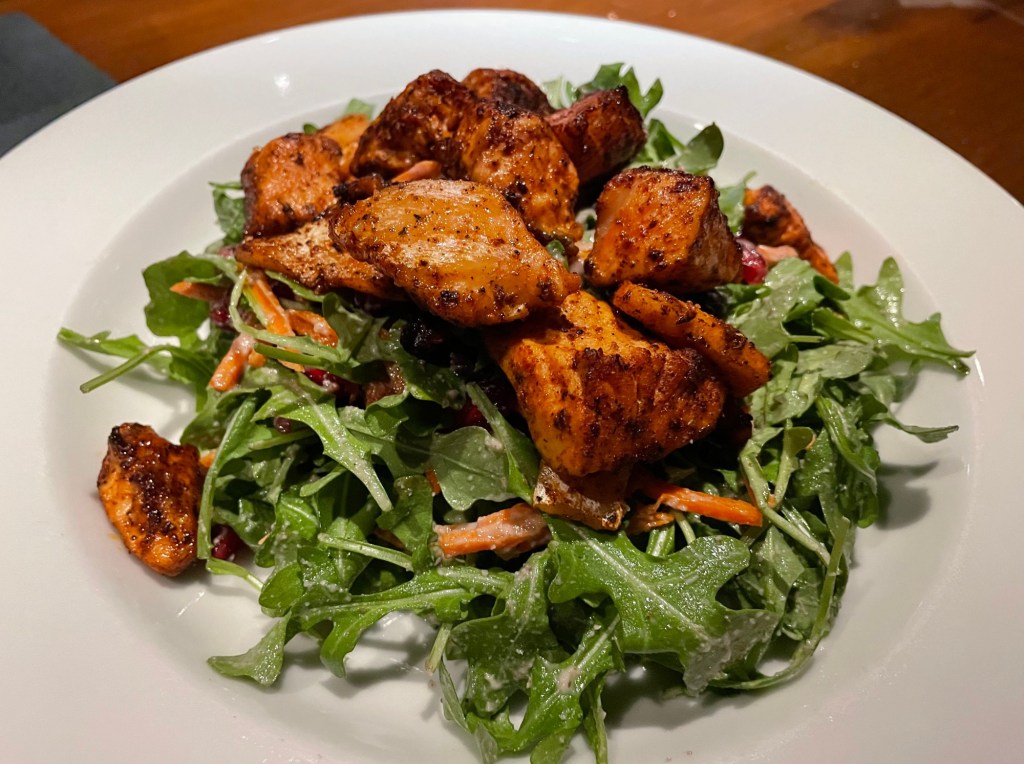 Fox and Farrow is an island of peaceful old-school soaking set in a sea of ​​noisy elbow bends.

Just downstairs, locals suck up drinks from both high society and working class, at destination drinkers like Hermosa Brewing Co., Agave Azul Tequila Bar, and Dia de Campo. The seats extend to the sidewalk. Loud is the well-established living state – and Pier Avenue’s many bars are only a block away.

And yet, you ascend the stairs to Fox & Farrow’s cozy wood-lined, leather-bound PG Wodehouse, and the commotion subsides. It’s a nice place to get up close and personal with a Negroni, a French 75 and an old fashioned Old Fashioned, made with Old Forester Whisky. At Fox & Farrow, what was old not too long ago is fresh and new. And it’s a retro pub with a very British secret behind it. But more on that in due course.

Fox & Farrow is the brainchild of local chef Darren Weiss, whom I first met many years ago at a mall restaurant called the Catalina Café, where he cooked in an upstairs kitchen. ‘a stair. In a world of notable mall restaurants, Catalina Café was among the best – a bit of cognitive dissonance surrounded by nondescript fast food.

From there, Weiss went to the Chelsea Pub and Darren’s — a decidedly upscale restaurant in Manhattan Beach that broke more than one heart when it closed.

Now he’s back up a flight of stairs again, this time in what might be South Bay’s best pub, where beers go by names like Three Weavers Juicy Expat and Smog City Saber Toothed Squirrel – and even the new-age page ’em. cocktails go by names like Abbey Lane, Cheeky Fellow, Downing Street and Sir Winston.

But while the food is pubbish, it won’t necessarily be recognized in your local London neighborhood. Asian pulled pork tostadas, made with pork braised for 10 hours until reduced to its bare essentials, with marinated shredded carrots, daikon radish, daikon sprouts and…mango puree. It’s not British. It’s not Japanese. It’s us. The same goes for much of the menu.

Sitting at the bar, watching sports on the big screens, I was assured by the affable couple sitting next to me that they were double-vaccinated and had their boosters as well. Which I appreciated, even though I hadn’t asked.

Instead, I was considering an ESPN promo for an upcoming broadcast of a curling game. I asked the bartender if he knew anyone who was interested in curling. He informed me that he grew up in Chicago – and he did. Brooms aren’t a sport for me, except maybe Quidditch. And in this case, the brooms fly!

I too was thinking about the menu. Do I crave the pretzel bread with tangy and sweet agave mustard, or the edamame with black lava salt? Fried Brussels sprouts with grilled curry or Jidori chicken skewers in a mild Thai chili marinade. The braised buffalo shoulder in a risotto cream sauce, or the Hunter’s Pie made from wild boar, lamb, pork and English peas with parsnip puree (perhaps the most British dish on the menu ).

Cooking is wonderful Darren Weiss. I opted for the grilled Caesar salad with white Spanish anchovies and chunks of salmon in a sweet crust of Thai chili and peanuts. I ate each bite with almost obsessive care, wanting to savor the complexity of the flavors. A complexity that can also be found in the orecchiette pasta with duck confit and shiitake mushrooms. Inside the grass-fed burger sliders on a speckled salt and pepper bun with candied pancetta and blue cheese. And in the sweet and spicy lobster chowder, in a coconut broth.

Didn’t find out Fox & Farrow’s secret until I got up to use the men’s toilet – and discovered it was the front half of a space shared with a vibrant sports pub called Underground Pub & Grill. This is where you will find games to watch and games to play. With a variety of cheesesteaks and burgers, bangers and mash, and—yes! – fish and chips. Mac and cheese too. And Scotch eggs. And various wings. And taters loaded tots.

It’s a journey through the looking glass, from one British world to another. This is perhaps Hermosa Beach’s happiest destination. And easily the most comfortable. And as a bonus, Darren is back! …I’ll drink to that!

Family recipes and heritage at House of Lu