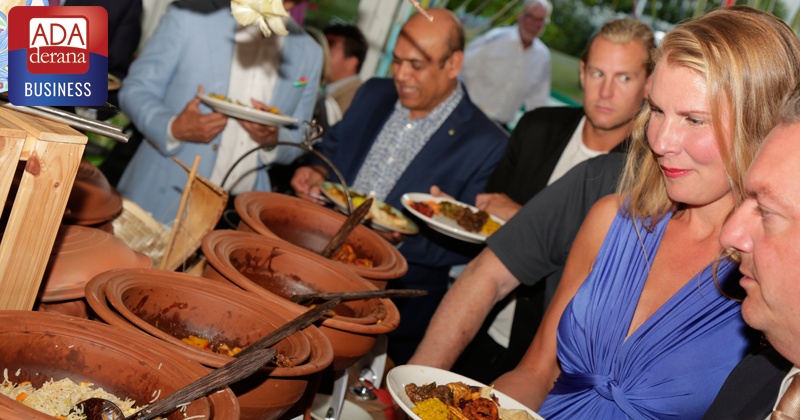 Several Swedish and Sri Lankan partners came together last week to showcase Sri Lanka’s vibrant culture, cuisine, dance and destination at the “Sri Lanka Culture Festival” held at the Etnografiska Museum and Matamekka , Djurgårdsbrunnsvägen, Stockholm. The festival also portrayed the many facets of Sri Lankan arts, literature, heritage and history, creative industry, Ayurveda and wellness, film and music, etc. . The event that ended on the 28the August 2022 saw a high number of visitors of 1300. The event was also organized in conjunction with the Sri Lanka Tourism Promotion Bureau.

The 5-day cultural event was launched at the Etnografiska Museum on August 24 with Sri Lankan cuisine, traditional Sri Lankan exotic dances, including Poojanatuma, Surambavalliya and Nagaraksha and classical music in the midst of distinguished audiences and partners.

Sri Lanka’s multifaceted year-round destination was showcased throughout the festival. The tourism stand, video presentations, posters, banners and leaflets illustrating the various attractions the island has to offer, such as pristine beaches; lush forests; gushing waterfalls; wildlife and ancient cities, adventure and rich and diverse culture showcased the diversity and richness of the island destination.

The Sri Lankan literature corner has attracted many visitors. Sri Lankan novels such as Madol Duwa, translated into Swedish presented the literary tradition of Sri Lanka. Films produced by Swedish producer Stefan & Lavonne Quinth on various themes, including films on Sri Lankan wildlife, were screened daily in the auditorium of the Etnografiska Museum. The producers have been closely associated with filming Sri Lanka for over 40 years.

The children were exposed to an additional flavor of Sri Lanka through the painting of the wild life of the islands like the walikukula (jungle chicken) – the national bird, Asian elephant, leopard, whale, dolphin, peacock, etc. sari, osaria and sarong.

Additionally, at a separate event in Stockholm, specially curated Sri Lankan fine dining was showcased by Executive Chef Rohan Fernandopulle at the restaurant Stora Skuggans by Carola’s EKO – which has a strong sustainability brand image. Master Chef Rohan has also been involved in the Festival des Chefs Nordic Terra Madre (1-September 3)which is a Nordic meeting place for producers and consumers with a common interest in sustainable food production, consumption and culture.

The event came at a time when several countries, including Sweden, Denmark, Norway and others, have revised travel advisories on Sri Lanka.