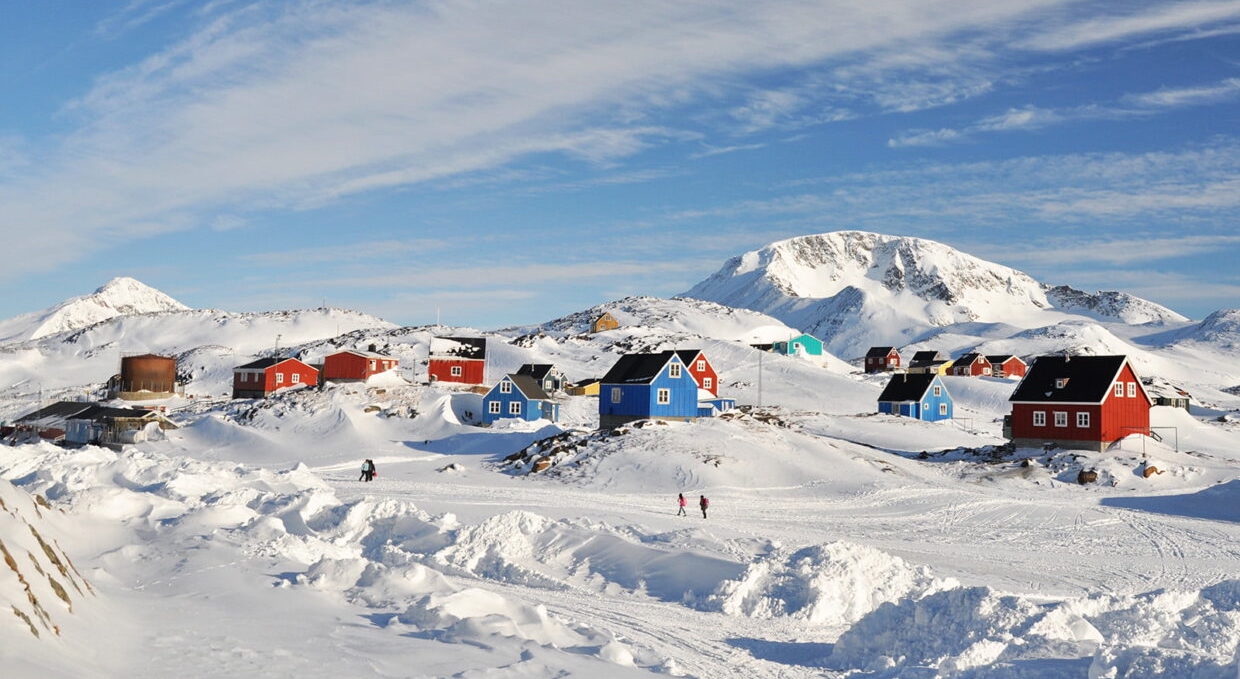 An African in Greenlandthe literary travel diary of the 1970s by Tété-Michel Kpomassie, was reissued by Penguin Modern Classics in February in English with a brand new title, Michael the Giant: An African in Greenland. Although the new title refers to how the Inuit locals first saw the hulking black man (the first to venture into Greenland), it is also an apt description of the man. in general. Tété-Michel’s extraordinary vision and destiny seem larger than life.

In a recent Guardian interview, he shared that after four decades in France, at age 81, he planned to return to his “spiritual home”, to live his last years in communion with the spirits in the icebergs of Greenland. He leaves behind his whole family to follow his “destiny”. Tété-Michel’s strange and excessive journey is unlike any other, and certainly not mine. But this giant’s remarkable book has transformed me, both as a black man and as a writer – and I believe it can transform us all.

All of us in the Western world exist under the cloud of whiteness, whether we are aware of it or not. The default unconscious preference for Eurocentric values ​​and characteristics is pervasive; insidious. This is a particularly dangerous fault for a Black. The internalization of such a vision of the world is minimized, even dehumanized. The French Caribbean psychiatrist Frantz Fanon called this condition “the internalization of the oppressor”. It’s a tricky business to deal with. And yet, with his apparently apolitical memoirs of travels (and, in fact, with his very life), Tété-Michel offers a challenge to this condition, a kind of creed: one must become a giant to rise above the clouds, out of the shadows. , and realize his true destiny.

The way I found out An African in Greenland seems strange, if not predestined. I had just finished the first draft of my novel, Greenland, in which appears a historical figure, Mohammed El Adl, the first lover of the English novelist EM Forster. El Adl was a black Egyptian streetcar driver whom Forster had met in Alexandria during World War I. As I began to imagine Muhammad’s state of mind, I was visited by one of those rare ideas that seemed to spring from the ether: What if Muhammad was obsessed with fleeing Africa to live in the Arctic with the Inuit? What if he dreamed of building his own igloo and if, in doing so, he really felt capable of surviving? After giving my draft to a friend, he called me on the phone to ask if I had based my idea of ​​Greenland on the man from Togo. I had no idea what he meant.

And that’s when he told me about An African in Greenland. I was floored. How could I dream up such a wacky idea, only to find that someone had actually achieved this amazing aspiration? As soon as I could, I found a copy of Tété-Michel’s book and was captivated by his extraordinary story. I couldn’t believe my luck either. At the right time, this singular book had fallen into my lap. It was exactly what I needed to help me complete mine Greenland. It must have been fate.

The lived story of Tété-Michel also reads like something fateful and fantastic. Raised in a traditional Togolese village, at the age of 16 he was saved from snake poison by a snake cult shaman. To show his gratitude, Tété-Michel’s father offered his son to live permanently with the shaman cult in the jungle. But Tété-Michel, frightened by snakes, decides to run away from home and fulfill his childhood dream, which became an obsession throughout his youth, of going to Greenland to live with the Inuits.

As a child, Tété-Michel found a book at the municipal library, The Eskimos from Greenland to Alaska, by Robert Gessain. He learned that in Greenland it was customary for parents never to force children into anything. Over the years, young Tété-Michel’s obsession never wavered and fueled an incredible journey that took him from Africa to Europe and ultimately to his destiny, Greenland.

Over the years, young Tété-Michel’s obsession never wavered and fueled an incredible journey that took him from Africa to Europe and ultimately to his destiny, Greenland.

An African in Greenland also reads like the work of an accomplished novelist. One is transported through the different worlds of Tété-Michel with such skill that one has the impression of being there with him – in the jungle lair of the serpent shaman; pitching back and forth on the ship’s icy, turbulent passage from Denmark to Greenland; eating raw whale blubber with impoverished Inuit families; sleeping with Greenlandic women while their husbands or fathers nonchalantly tolerate the couplings; or trekking in the northernmost parts of the world with husky sleds; and even, on rare occasions, following suggestions to eat raw huskie meat. It’s all told in painstakingly observed detail, and executed with such a level of specificity, it reminds me of the ultra-realism of Tolstoy, another giant among men.

Tété-Michel’s experiences, from Togo to Greenland, are all seen through the lens of an African raised exclusively in a traditional Togolese village, not a Westernized town. This unique perspective is what makes his work unparalleled. Most travelogues of his time reek of condescending Eurocentrism. An African in Greenland seems of today – a time when the literary establishment is beginning to embrace perspectives that reverse the white gaze.

However, Tété-Michel does much more than reverse the gaze. He views Greenland and its people outside the paradigm of whiteness. The way it assimilates to local customs and their animist worship of sea gods and ancestors, brings no condescending exoticism. He speaks to us of the Greenlandic spiritual “magical reality” as factual.

Having the remarkable quality of allowing us to enter this rare space where Whiteness is not centered, Tété-Michel frees us to look at the world again; and to be free from the parameters in which we normally define ourselves. It reminds me of how Toni Morrison spoke of her own desire to write about the black experience without any reference to whiteness, and how she had to look to African writers, such as Chinua Achebe, for such a role model.

The whiteness is not centered, Tété-Michel frees us to look at the world again; and to be free from the parameters in which we normally define ourselves.

When I first read Tété-Michel’s account, there was a moment when I realized that no European observer was looking over his shoulder or asking for an explanation – only Tété-Michel spoke to me as if I too accepted the Greenlandic reality freely. white gaze. And then, somehow, I found myself remembering the time I burst into tears during a performance of a play in a theater in Brooklyn:

In Pulitzer Prize-winning Jackie Sibblies Drury Fairview, there’s a surprising finale in which all white audience members are invited to take the stage, as the black cast, as well as non-white audience members, watch from the house. As we watched the white people fidget nervously and squint under the blinding stage lights, we realized they couldn’t see us. A young black actress comments on the lights: “They are brilliant, aren’t they? / Should I tell them [the white people] the lights are there to help people see them, / not to help them see anything? She goes on to ask how we non-whites could tell our own stories outside of the white gaze.

She starts the old familiar tales: Either we try to prove we’re just as good; or fight to be recognized as human; or fight to get away from whiteness. But she stops short of getting a full sentence out of each story. “No,” she said. “It’s hard to find the one I wanted to tell.” I burst into tears unexpectedly. One of my deep and hidden questions had finally been articulated, brought to the surface: What would my story be without Whiteness?

Tété-Michel – naturally, casually – provides an answer. He recounts being in a village in northern Greenland when he was called a “nigger” for the first time in his life. It was by an Inuit man who was jealous of Tété-Michel’s luck with local women. Tete-Michel was not disconcerted. He comments, about the aggressor: he was only “an embittered neurotic trying to vent frustrations that have nothing to do with the ‘nigger'”. word. He has never internalized the oppressor, so he is not reactive; he can perceive reality with clarity. He sees the truth of the man who called him “nigger”. Outside the paradigm of Whiteness, Michael the Giant is immune to being hurt by this word.

It’s a godsend to read a book by a man who travels the world without these wounds. This allows us to access more of the world of possibilities in his vision. It even emboldens me, as a black queer author, to strive (in my writing and my life) to be clear about the world around me, not just react to it. The fate of Tété-Michel is perhaps the true fate of all Black people – and, I dare say, of all artists, even of all of us in the Western world who invariably suffer under the dark cloud of Whiteness. We must all strive to become giants.