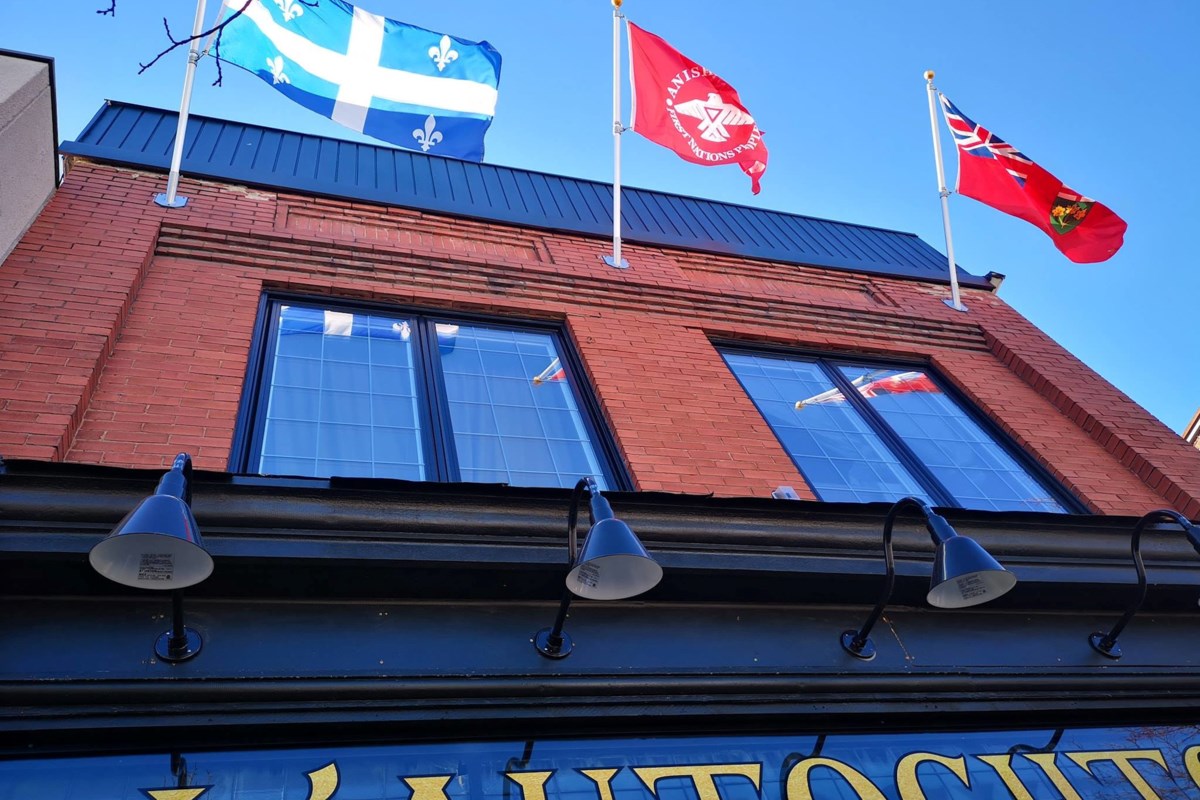 A popular Temiskaming Shores Indigenous restaurant is preparing to reopen for the first time this month since being forced to close due to pandemic-related closures.

The downtown Haileybury restaurant will offer more seating on its new patio – a product of the pandemic – in addition to a full capacity of 30 customers inside.

Its owner and chef, Gerry Brandon, is finally hoping that the reopening of the restaurant will solve the monetary challenges his business has faced during the pandemic.

The Native opened in April 2019 and hadn’t even completed its first year of operation before the pandemic hit. This halted plans to expand and build the brand, including building a distillery in another building Brandon had just purchased, expanding into restaurants, and building a food truck and restaurant. portable bar for out-of-town events.

The restaurant has lost about $1.5 million in gross sales in two years of the pandemic and taken on an additional $300,000 in debt just to stay in business, Brandon said.

“If we can stay open long enough, all of these issues will sort themselves out because we certainly do well when we’re open.”

While the province was under COVID-19 lockdown, Brandon decided to open a retail store called Busters Mini-Mart, a cross between a coffee shop and a specialty food grocery store, instead of taking take-out orders through L ‘Aboriginal.

He explained that doing takeout didn’t make enough money to even pay the staff. So they started making ready-to-go meals from pastries, deli meats, sandwiches, specialty coffees, and even birthday cakes. Busters also began to expand its partnerships with Indigenous producers to increase supply.

“It went from a few hundred dollars a week to a few thousand dollars a week, then to $3,000 to $4,000 a week, which we are now about to drop in hopes of doing a lot more at the restaurant,” he said.

The Anishinaabe chief said he hopes the smooth reopening on April 7 will bring back L’Autochtone’s culturally diverse clientele, nearly half of whom come from neighboring Quebec, northern Ontario, the United States and ‘Europe.

“Night after night, conversations don’t take place strictly across the table. It’s so common to see people suddenly start a conversation with a table next to them,” Brandon said, adding that they usually see large groups of people start to gather at their tables, even if they don’t know each other. not and despite their language and culture. barriers.

“So to see a restaurant like this where you bring all three cultures together, you bring together French, English and Indigenous cultures in one space.”

Brandon, 60, decided to move and build his restaurant in Temiskaming Shores to be closer to where he grew up in northern Ontario.

A child of the Sixties Scoop, Brandon said his adoptive family encouraged him to learn so much about their culture in a town where it was rare to see other indigenous people.

“Even despite the fact that there are a number of reservations around town these days, I go to the same town and see a lot of native people and it shows you how much that has changed,” he said. -he declares.

The chief said he grew up reading and learning as much as possible about the native culture and hoped to bring what he learned to other people.

A member of Dokis First Nation, a reserve on the shores of the French River near Lake Nipissing, Brandon has spent a lot of time teaching on reserves around British Columbia, living among the people as a “mentor Indigenous” teaching about food and culinary arts while working with groups of at-risk youth.

Prior to his time in British Columbia, Brandon worked as a chef in southwestern Ontario, starting at a fine-dining restaurant in London where he asked to work for free before being hired and eventually promoted to sous-chef.

He was homeless and a heroin addict in Toronto during his teenage years until he took a different path and earned a college degree in commerce. He worked in a business before finally deciding to learn culinary arts at Stratford Chefs School.

Now back in Northern Ontario, he hopes to offer a different dining experience to L’Autochtone’s diners.

“It’s one of those things where people come in (and say), ‘Is this really an Indigenous restaurant? “The best restaurant around is owned and operated by an indigenous person. Like that’s crazy,” he said.

“This is probably the first time in my entire hospitality career where I have truly allowed my Indigeneity to be at the forefront and represented in the business I operate or with. I work.”

The owner continues to fight against the bankruptcy of the builder