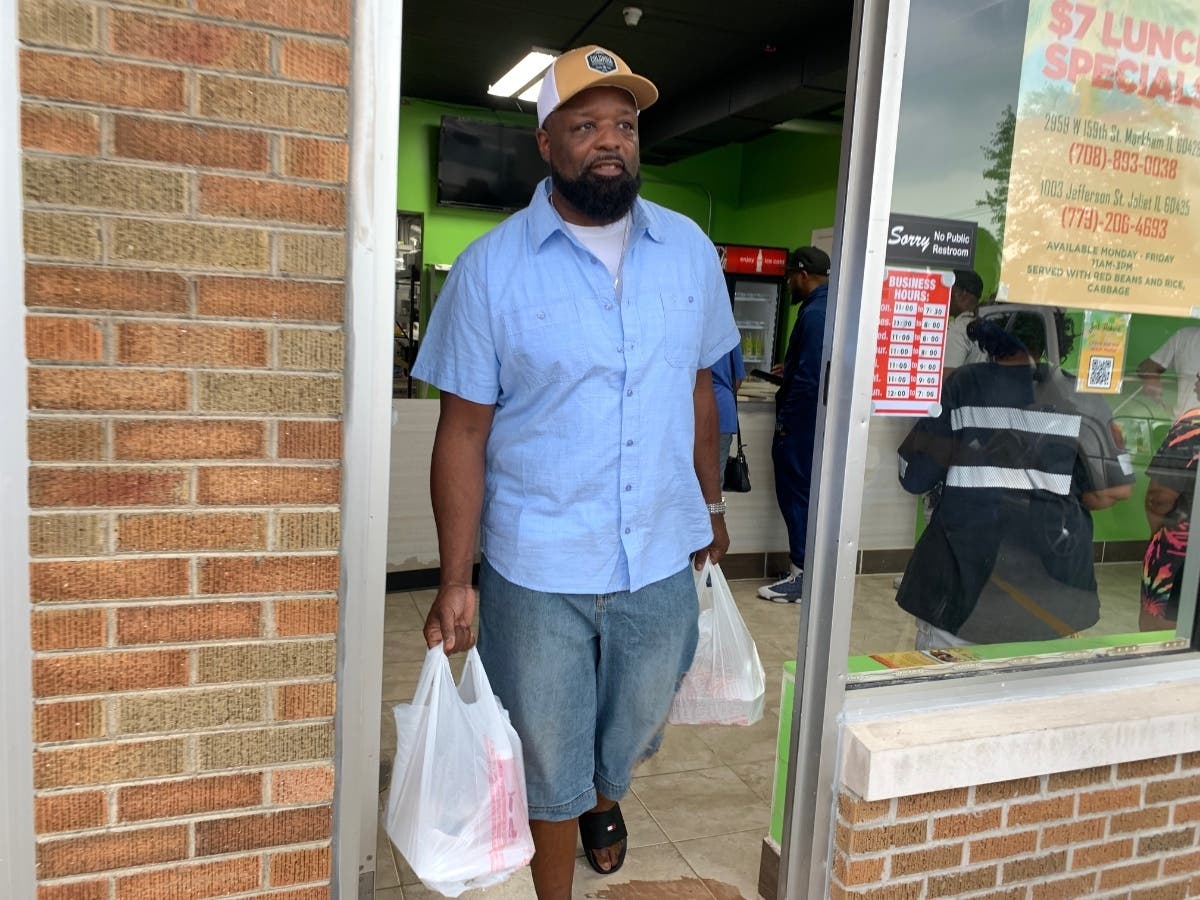 Jerk Flavors Jamaican cuisine: “I didn’t expect so many people”

JOLIET, IL — It’s been a year and four months since the Jerk Flavors Jamaican Cuisine sign set up shop at 1003 West Jefferson St. At 11 a.m. Monday, the authentic Jamaican restaurant opened on the west side of Joliet and people came hungry.

Gary and Simone Hayles even kept their restaurant open an extra half hour, taking orders until 8 p.m. to cope with the huge crowds.

Tuesday morning, again, there were a number of people gathered at Jerk Flavors before it opened at 11 a.m.

Plainfield resident Mike Randle showed up Tuesday morning. He was planning on getting the jerk chicken alfredo and “I think I’m going to have wings. I’m sure the community is going to support it,” he said. “She’s centrally located. She can shoot from all areas. I know a lot of people want an asshole.”

At one point during Monday’s opening, Jerk Flavors was about an hour late, the owner said.

This will not happen in the future, she says.

“Today we’re not going to be like that. We’ve got it all planned out for today,” Simone Hayles said shortly before Tuesday’s 11 a.m. opener.

“The food is good. A lot of people are happy and excited. Jerk chicken was the biggest seller, followed by short ribs,” she said.

She also encouraged customers to order the jerk chicken Alfredo and oxtails. As for side dishes, she recommends cabbage, red beans and rice.

“Be patient with us, we just opened,” she said.

On Tuesday, Simone said she had six employees in the kitchen preparing the food. She had three interviews scheduled later that day with potential employees. She said she plans to make at least two more hires to meet the strong interest in her new restaurant.

Jerk Flavors is right next to the former Louis’ Family Restaurant at Jefferson Plaza in the 1000 block of West Jefferson St. It’s takeout and delivery.

This is the second restaurant in the Chicago area for the family. They continue to operate Jerk Flavors Restaurant & Lounge on 159th Street in Markham. Gary Hayles also operated a Jamaican restaurant in Matteson for eight years, before selling it to a friend in 2020.