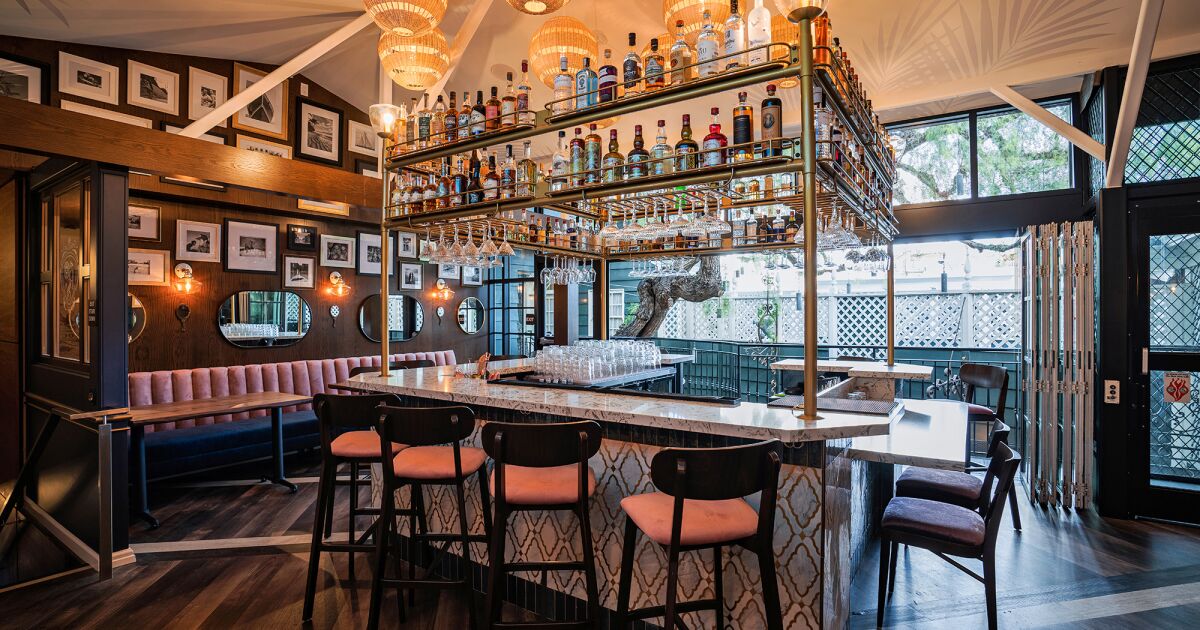 Good food and good service are among the most important aspects of a successful restaurant, but award-winning designer Ken Ussenko thinks ambiance matters just as much.

“I think it’s really important because it’s always about the first few minutes, even the first few seconds, of a person entering an environment that they’re starting to subliminally judge,” Ussenko said. “They’re going to react to it one way or another, internally, and you’ll know from the start how you feel, and that’s the first part of your experience.”

Ussenko, of Kenneth Ussenko Designs, is a partner in Rum Social at Laguna Beach, a joint venture with veteran restaurateur John Fisher.

“Even though we design about 10 restaurants a year, this is my first place, and I wanted to have the essence of my story and my travels around the world. There are so many California style restaurant concepts, why not just take [guests] to another exotic place, another beach somewhere else? Ossenko said. “I wanted to take [guests] on a tropical getaway.”

Since the island hideaway on the South Coast Highway opened in March in the former Watermarc space, it has been the subject of a buzz among tourists and locals alike, which Ussenko credits its consideration for the neighborhood restaurant.

“I wanted the people of Laguna Beach to feel like it’s a little different place,” Ussenko said. “I tried to get feedback from the locals.”

The dining room is full of subtle nods to 1930s Hollywood tiki culture, with pink velvet booths, for example, and tropical wallpaper that forgoes bright colors for sleek black and white.

The jewel in the restaurant’s crown is the treehouse bar, which overlooks the Peppertree Lane courtyard. Rum Social’s beverage program takes inspiration from the Caribbean and Pacific Islands, and Ussenko reflects these environments at the next level.

“In the restaurant experience before ours, no one really went upstairs to sit down to eat,” Ussenko said. “I can create a different energy up there. Everyone really loves that whole trip up there.

Ussenko’s attention to style earned the restaurant a nomination for the Restaurant Global Award at the 2022 International Hotel and Property Awards.

“Every year I submit one or two projects that we design,” Ussenko said. “Rum Social was nominated in the field of California restaurants. It was exciting for us, having put so much time and thought into it.

With Ussenko managing the vibe, much of the food is left to executive chef Nick Herrera, who recently took over after being part of Rum Social’s opening team.

“About three weeks ago I was promoted to executive chef. But I was here from day one, when everything was still concrete,” Herrera said. ‘origin.”

“I’m very vegetable and seafood-focused, and that’s the energy we want to bring to Rum Social,” Herrera said. “I really want to make it a tropical getaway, introducing much stronger sauces, brighter colors; that was my motivation behind the menu we developed here.

Whether guests come for brunch, dinner, or cocktails at the treehouse bar, the Rum Social team hopes they’ll feel transported, even just for a little while.

“I want customers to feel like they’ve been on a different journey, not only with good vibes and visual stimulation, but also with the food they’ve tasted and the drinks they’ve had,” said Ussenko said. “I want them to get it all from sight, sound, feel, taste and touch.”

Support our coverage by becoming a digital subscriber.