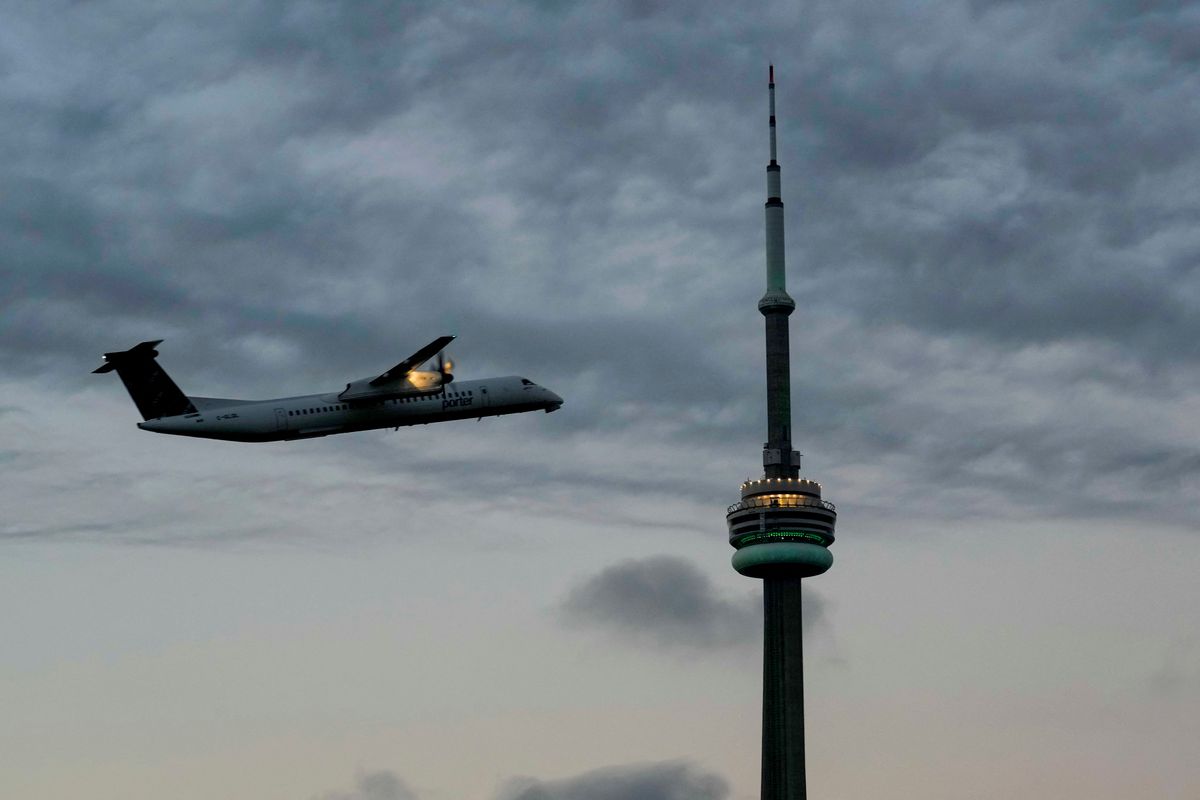 Letters to the Editor: December 23: “Here is my suggestion: do not travel. Should Canadians Travel Despite Pandemic Restrictions? Plus other letters to the editor

Re Provinces Restrict Travel, Gatherings As Omicron Cases Rise (Dec 21): Governments Still Under Criticism. It’s natural. With COVID-19, it’s either to do too much or not to do enough.

But until personal responsibility kicks in to a greater extent, it is unlikely that governments’ decision will matter much.

Re We Can’t Lockdown Our Way Out Of Omicron (Opinion, December 18): Perhaps, as we face a new wave of COVID-19-related upheaval in 2022, we can collectively embrace novelist DH’s remarks Lawrence as our national motto: “We must live, no matter how many skies have fallen.”

Re How to Cope with Travel Anxiety During a Pandemic (December 22): Here is my suggestion: do not travel.

Re Cities Seek to Support Bill 21 Challenge (December 21): While I disagree with Bill 21, I wonder if cities are putting money into a legal challenge.

Should Toronto’s tax revenues be sent to Quebec? Does the municipal council have the power to make this donation? Perhaps an online funding request would have been more appropriate. Many Canadians would donate.

I have always thought that Quebec is a unique part of Canada and I appreciate its culture and its language. In the end, I hope that Quebeckers fight Bill 21 and that Quebec remains unique for the right reasons.

On Crisis You Haven’t Heard About: Toronto’s Homeless Die in Record Numbers (Opinion, December 18): I volunteer on the board of directors of a non-profit housing provider in Toronto. We have a 200-unit building, half of which are rents indexed to income. My take on the housing crisis is that the city can increase supply with proper accounting for currently available subsidized housing.

For years, we have identified tenants who should not be eligible for the grant. For example, one tenant owned two condos, while another did not live in the unit but used it as a daycare. Government pandemic assistance has added another complication to tenant disclosure and eligibility.

Most of the tenants are honest, but I find a significant number playing with the system. We also have tenants who need more than shelter because of mental illness or physical disability. We contact the city on several occasions for assistance in such cases.

Accommodation that could be made available immediately is right under our noses.

Creation of Re Wood Buffalo National Park (Moment in Time, December 18): In our distinct history, MÃ©tis hunters and trappers and their families, who had practiced traditional practices for generations, were removed and excluded from Wood Buffalo National Park in 1923, one year after its creation. We count on Parks Canada, in a spirit of reconciliation, to fully address this issue as the park’s centennial approaches.

MÃ©tis families were forced to find other areas to harvest and trap in order to survive. This was made even more difficult by the establishment of a reserve area near the Slave River in 1923. Although it was home to Treaty Indians, we know that MÃ©tis families were again excluded. .

The eviction of the MÃ©tis from the park, with the attendant hardship and loss of lifestyle and livelihood, continues to be a difficult legacy to this day and has been ignored.

On the Problem of Eating Disorders in Elite Amateur Sports (December 18): While my path to the Olympic podium differs in detail, the emotional scars and collateral damage are eerily similar.

I have never felt the need to be “thin”, but the insidious nature of the high expectations and pressure to perform takes its toll on athletes. Ironically, the fallout from my intense but short-lived career in the pool did not touch me until I left it.

It was only then that the psychological wounds that I had unconsciously buried began to surface. Once I opened Pandora’s Box, the onslaught came in endless waves. A tsunami of eating disorders, panic attacks and depression flooded my days. It took decades to dig into my soul to stop the bleeding.

The specter of emotional abuse and trauma is wide and sometimes disguised as well-meaning remarks. Its cutting edge can be deep and permanent.

What good is success if it destroys a life in the process?

Examples of where this may be heading include the AI’s ability to digitize Ian Fleming’s James Bond novels to produce a superior 007 adventure, all within minutes. He could do the same for the masterpieces of Monet and Picasso, and provide a work of art that combines the genius of these two artists.

The downside is that AI could render all human intellectual and artistic endeavor meaningless, or at least leave it behind. The genie must be kept in the bottle and remain a tool for the betterment of humanity.

Elon Musk’s vision of a catastrophic future must be taken into account.

May your heart be light

Last year, before our Extended Family Zoom party, I sent everyone a video of Judy Garland Have a merry little Christmas from the 1944 film Meet me in Saint-Louis. The sad but hopeful words and mood resonated with our feelings.

Ella Fitzgerald’s version is great, but more upbeat and cheerful. Then again, maybe that’s what we need this year.

My sincere thanks to John W. Marshall for showing so eloquently the correctness of the words to Have a merry little Christmas for our time in 2021. I have listened to Ella Fitzgerald’s version several times since reading her essay.

Living with broken expectations this Christmas means that we will all have to “get by in one way or another.” May fates give us lighter hearts in 2022.

A merry little Christmas to all.

Letters to the Editor should be exclusive to The Globe and Mail. Include your name, address, and daytime phone number. Try to limit letters to less than 150 words. Letters can be edited for length and clarity. To send a letter by e-mail, click here: [email protected]

What $ 1.5 Million Brings You in Texas, Massachusetts & North Carolina