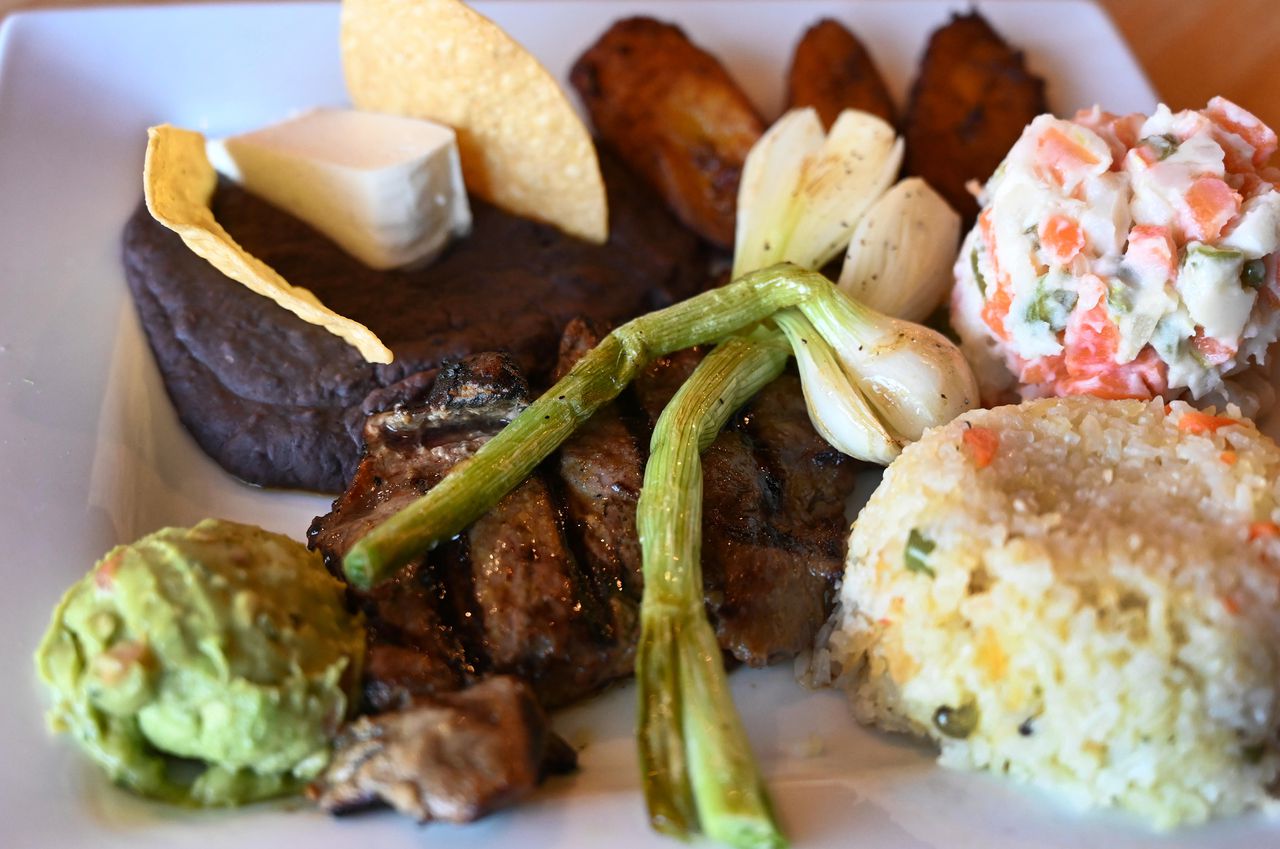 “I’m trying to show and teach people how to eat a different type of food,” Caal said. “You know, have experience with Guatemalan food.”

He opened Ixcanul Guatemalan & Mexican Cuisine in November 2020 with his wife, Nila.

The most popular item on the menu is churrasco, a Guatemalan steak dish, said Caal. Pupasas, a corn tortilla stuffed with meat and cheese, are also popular.

Caal is happy to see the community embrace the dishes.

“They love it,” Caal said. “They are happy to see him. Some people have been to Guatemala often.

Going forward, Caal hopes to add a beer and wine license and build a bar in a now closed back room of the restaurant. The interior of the restaurant features paintings by artist Jackson Doug Jones.

Local Eats: It’s a family affair at The Little House Bakery in Jackson

Local Eats: This is why the burgers at Schlenker’s Sandwich Shop are so good

Local Eats: Mixing things up on the menu is key to DC’s Eats and Treats food truck

Local Eats: Burgers, calzones and pizza on the menu at Shorty’s Grill in Horton

Local Eats: The fun burgers at Greystone Tavern will make you say “What the Cluck?” “

Local Dining: Relax with a cold cut board and glass of wine at Sandhill Crane Vineyards

Local Eats: Fried Chicken and Waffle is Something to See at Candi’s BZB Cafe

Local Eats: ‘Sweets on the Street’ Coming This Summer for RJ’s Heavenly Delights in Jackson

Local Dining: You can pet an alpaca and indulge yourself at Lowry’s Little Flock Farm in Jackson County

Local Eats: “We have our own style,” says owner of Pryor’s BBQ House

Local Eats: Burgers are the star of West Point Lounge in Jackson

Local Restaurants: Fresh baked goods and more can be found at GG’s Cafe in Parma

Local Eats: Cheffun’s Food Factory features a chef in the back of a Jackson convenience store

Local Eats: Wood-fired pizza is the star of Laughlin’s Slice of Spice in Spring Arbor

Local Eats: JR’s Hometown Grill and Pub in Brooklyn has something for everyone

Local dining: Warm up with soup and hot drinks at Oak Tree Lounge in Jackson

Local Eats: Pizza is at the center of C&J Family Pizzeria, but the Unicorn S’More is a sweet surprise

Local Eats: Prime Cuts is more than a butcher’s shop

Local Eats: Jackson’s Gilbert Chocolates has been sweet since 1900

Local Eats: Jackson’s Chilango’s Cantina Grill Goes Back To Our Roots With A Drive-Through Taco Menu

Local Eats: Jackson Candy & Fudge Factory is like stepping back in time

Local Eats: The Dirty Bird in Downtown Jackson is All About Chicken and Beer

Local Eats: HotRodz Smokehouse in Concord is all about the meat

Local Eats: Wooden Spoon has been a Spring Arbor gathering place for a long time

Local Eats: “There’s a lot at stake” with reopening, says The Deck Down Under owner in Jerome

What is Marie Kondo’s “power spot” and where is yours?