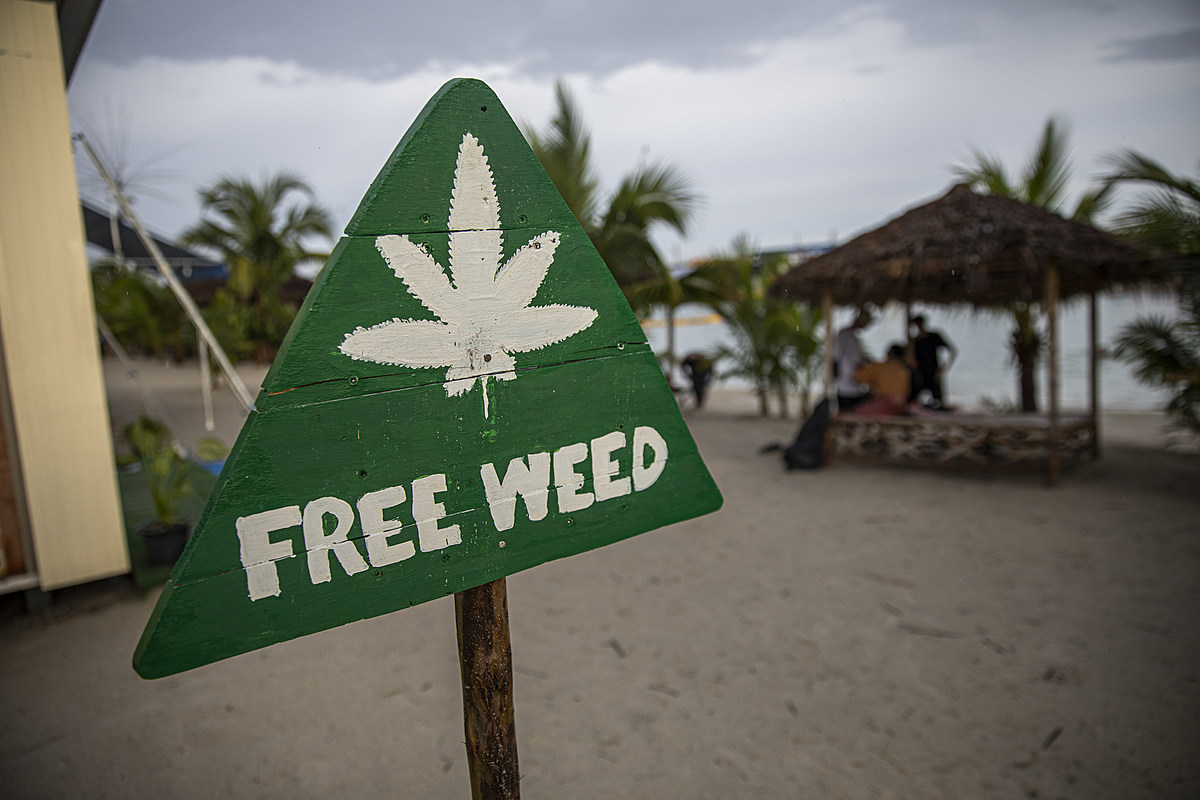 The owner of a new cannabis parlor in Cheektowaga says it was unfairly shut down by local authorities, under the direction of New York State. The owner posted a letter from the Town of Cheektowaga. The correspondence indicates that Cheektowaga officials received advice from the New York State Cannabis Control Board and the Office of Cannabis Management to shut down the business. The reason given in the letter claims that the Rolling 420s Lounge was operating without a legal cannabis license.

The new and unique cannabis lounge has opened in Cheektowaga. While adult recreational dispensaries and on-site consumer lounges aren’t yet open in New York State, this lounge is a little different. The Roaring 420s Lounge is actually a private club where you must be 21 or older and be a member. If you are a member, you don’t buy marijuana, you get samples. The club also provides other services, CEO John Averill told Channel 7,

They’ll roll joints for you, they’ll pack bongs, they’ll provide you with food, they’ll let you taste any item they have. None of the cannabis we have here is for sale, we don’t even buy it, it’s given to us for free, we don’t let anyone walk away with it. It’s not even guaranteed with membership.

Essentially, the club offers private and exclusive membership. The Rolling 420s Lounge commented on the Instagram post above about seeking a license,

@gabbykuzara
Do they have a license?

Could the real issue behind the shutdown be taxation?

New York State expects the adult cannabis industry to generate millions, if not billions of dollars in revenue. The state plans to take its share of all the money earned with a solid tax plan. In addition to taxing distributors of adult-use marijuana products in the state, there are two other taxes that consumers will pay once the first legal dispensaries and retail parlors open,

A state excise tax is imposed on the sale of cannabis products by a retail dispensary to a cannabis consumer at 9% of the price of the products.

The Rolling 420s Lounge isn’t the only marijuana business to be shut down by the state recently. New York State doesn’t play games when it comes to cracking down on illegal cannabis sellers. The legal storefronts aren’t open for adult use yet, but that hasn’t stopped enterprising people from moving in.

The Office of Cannabis Management recently identified fifty-two illicit cannabis stores in the state. Each of the vendors received cease and desist letters demanding that they stop selling marijuana without a proper dispensary license.

These stores falsely portray their business as legal cannabis dispensaries, but they are not licensed by New York State and sell untested products that put public health at risk.

The state says these stores are putting the public at risk. While that may be true, let’s face it, people have been selling marijuana illegally for decades. The biggest difference now is the state’s ability to collect cannabis tax revenue. Tremaine Wright, chair of the Cannabis Control Board of New York, said:

There are currently no businesses licensed to sell cannabis for adult use in New York State. Selling any item or making a donation and then “gifting” a customer with an untested bag of cannabis does indeed count as a sale under New York’s cannabis law. You need a license to sell cannabis in New York. Licensed sales and a regulated marketplace are the only way for New York customers to be assured that the cannabis products they buy have been tested and tracked from seed to sale. Selling untested products puts lives at risk. I implore these illegal store operators, and all other stores claiming to be legal operations, to immediately stop selling cannabis products.