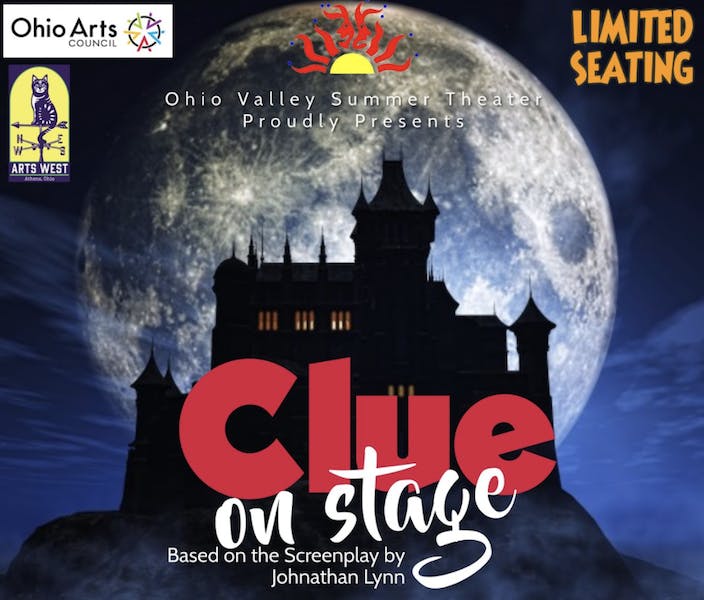 On a dark and stormy night, the iconic Boddy Manor murder mystery will take the stage in Athens.

For two weekends, October 8-10 and October 15-17, the Ohio Valley Summer Theater, or OVST, will host HINT: On stage, a theatrical adaptation of the hit comedy 1985. The Storyline is a story based on the classic board game that features various eccentric characters who must solve a murder mystery that occurs during a very eventful dinner party.

The classic thriller takes on a new form in Athens, where it will be held at ARTS / West, 132 W. State St. OVST, which just celebrated its 70th anniversary, will host the production as its first fall celebration event. There will be various tables set up for the first customers to play the classic board game. Admission for the event is $ 10 for students and $ 12 for general admission.

Dayton Willison, director of the show, said the production is OVST’s first fall production ever. When the production team was thinking about a possible show to put on around Halloween, Willison said Index felt like an ideal match.

“They wanted to do at least one little show before the end of 2021, and they were watching fall, and with Index to be what Index it’s really a murder mystery based on the famous board game, ”said Willison. “And we do it in October, which is the scary season. I think everything seems to be a perfect fit and the perfect storm. “

Christopher Parsons, executive director of OVST, said the script will essentially maintain the film’s version, with some room for creativity and interpretation in between.

“The way it’s written – it’s basically the movie, just tailored for the scene,” Parsons said. “And there are no major changes. It’s fast and fun, and we’ve got a full orchestration to go with it.

A unique element of the show, said Willison, will be the structure of the set. When the audience arrives, they will be completely immersed in the Index experience, because the entire ARTS / West space will be transformed into the emblematic setting of the mansion.

Lee Carter, an actor on the show who will play Ms. Peacock, said the immersive nature of the show will make viewers feel more connected to the plot and the characters.

“People will feel like they’re a part of it, not just watching the show because we’ll be moving around them,” Carter said. “And just like the board game, there are coins everywhere. And so, you will really feel like you are part of the game in a way. “

Carter said she has been performing with OVST since 2011, participating in summer shows with her family every year. Although she has played many roles, Carter said she enjoyed playing Ms. Peacock for the chaotic energy she exudes.

“She’s slightly neurotic,” Carter said. “So, she’s a really fun and easy character to play because she can be a little goofy, and she has these little moments where the veneer cracks basically because, of course, she’s a senator’s wife. So she has this outward appearance. And then you catch those glimpses, especially as the show gets crazier and crazier, of its own little bits of craziness.

While there are still health restrictions in place due to the COVID-19 pandemic, Parsons is hoping audiences will be happy to return for an in-person show.

“I’m excited that we’re just presenting something live and in person,” Parsons said. “And, hopefully, the audience will feel like they’re immersed in the environment and a part of it because they’re sitting there with all of the cast.”

While the tone of Index is still quite comedic, Carter said it was a perfect show to attend during the Halloween season for a mix of suspense and fun.

“I think people should definitely come and see the show,” Carter said. “It’s a wonderful way to spend a night out, especially in October, because I know all the haunted attractions are going to be happening, and if that’s not quite your thing, but still want a little bit of scary fun i think Indexis the perfect thing.

Women of the cooking world

Fall is finally coming to Tucson! Let’s eat – outside, of course |…