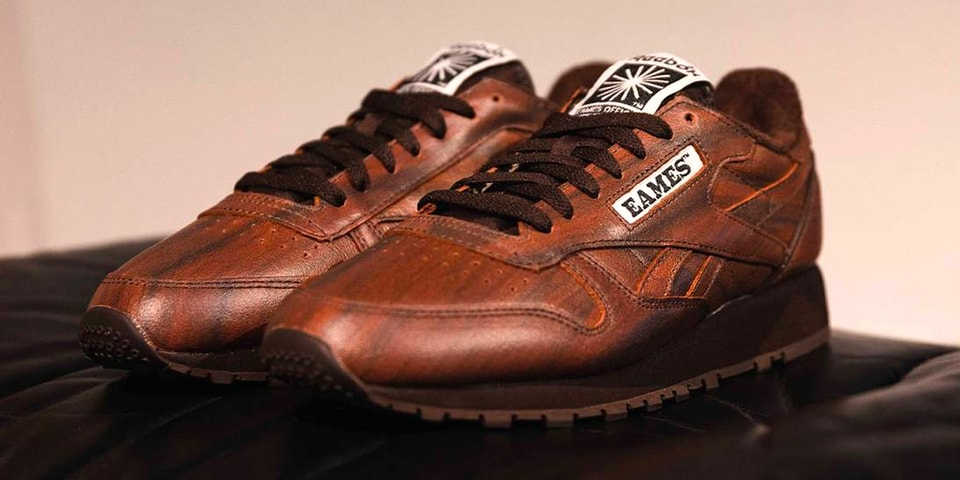 Reebok and Eames Office have joined forces for a third collaborative collection. this time, the third release will spotlight the Reebok Classic Leather, which will feature designs inspired by three iconic Mr. and Mrs. Eames designs.

The first of the drawings is a playful nod to coloring toy, a children’s coloring book first released in 1955. The coloring book is best known for its toy silhouettes and its ingenious combination of construction, whimsical shapes, coloring and imagination. Various die-cut shapes ranging from castle walls to dolls and animals have been included and are printed onto the classic leather. Like the coloring book, fans can fill in and customize the geometric outline as they wish.

The second pair, the “Rosewood”, is inspired by the Eames Lounge Chair and Ottoman from 1956. The shoe mimics the piece of furniture, fully dressed in an all-wood print. Finally, the “Elephant Pack” pays homage to the Eames Elephant Stool which is constructed from plywood and resembles that of the majestic animal. The elephant’s face and its silhouette are represented on the shoe and seen as a flap that covers the laces. The “Elephant Pack” comes in three colorways, Ice Grey, Poppy Red and Dark Lime.

The classic leather shoe “The Coloring Toy” arrives on June 3, while the “Rosewood” releases on June 10 and the three colors of the “Elephant Pack” on June 24. The Reebok x Eames Classic Leather collection will be available online at the Reebok store for around US$150.

In other footwear news, take a look at the Air Jordan 11 CMFT Low “Space Jam.”

I Used to Roll My Eyes About Food Allergies, Until My Child Developed One – SheKnows