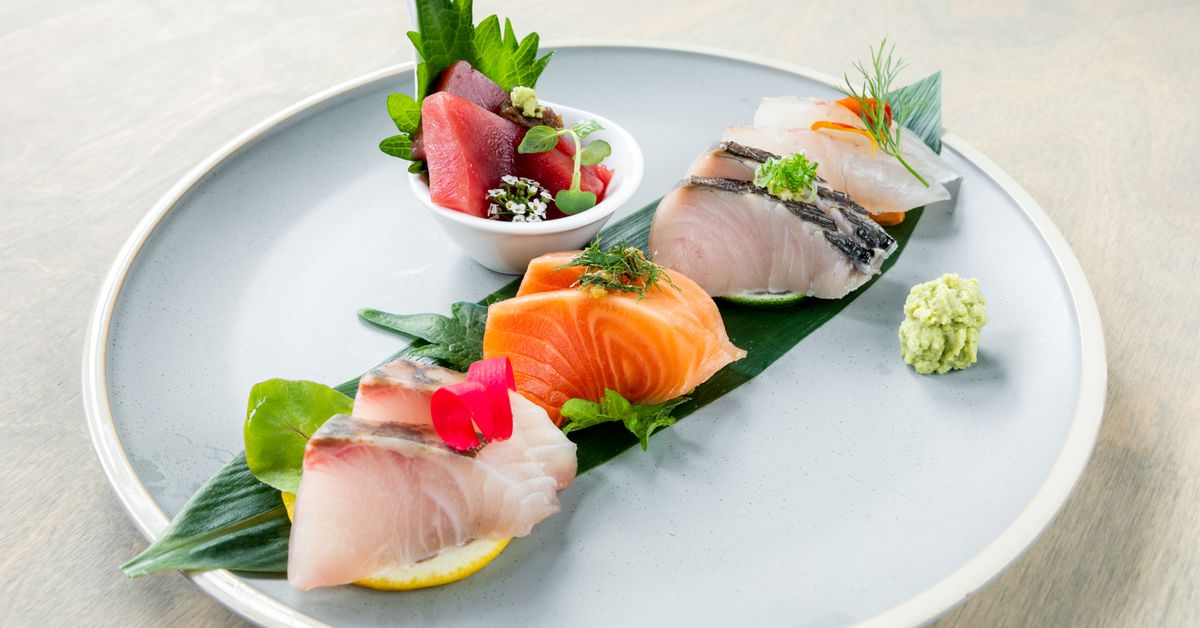 Sushi fans are already delighted that the Mins group is rolling out an ambitious triple restaurant concept in the Tenderloin. The first restaurant, Sushi Sato (1122 Post), opened with snack tastings and whiskey cocktails in November. Now is the time for the second round: Sato Omakase (1113 Polk), which opens today, December 3, is an intimate omakase counter in a connected yet private space, with only 10 coveted seats at the bar. And at least for now, these lucky diners will be face to face with the chef himself. Restaurateur Min Choe is personally back behind the bar, which the company has taken him away from for about five years. “If I had a choice, I would always be behind the bar,” Choe says. “I am still an Omakase chief.”

True to the Mins Group, first known for Tamashisoul in the Marina and best known for Sushi Hon in the Mission, Sato Omakase is still a relatively affordable omakase experience. Originally, it was a more luxurious multi-hundred dollar menu, but Choe says the pandemic got him thinking. Until the local economy recovers, he wants the team to focus on what they do best: quality fish sliced ​​into the $ 100 range. In line with its other restaurants, the menu offers six rounds or about 16 bites, starting at $ 135, with the possibility of adding more uni or toro for $ 35, and wine and sake pairings for $ 65. . Check out the full menu below.

The Mins Group has a field fish buyer in Tokyo who hand selects each fish in the Toyosu market before shipping it overnight. “We have the best quality fish in SF,” Choe says. “Period. We get the best things. Unique to this location, wine and cocktails complete the menu, with new sommelier Richard Yeager (French laundry, quince) pouring champagne and sake. And thanks to this whiskey bar well stocked just through the sliding doors of Sushi Sato, bartender Derek Li (Cold Drinks Bar at China Live) will whip up strong cocktails.

Compared to other Mins restaurants, the biggest difference might be the space, which Choe says almost feels like a private dining experience, nestled in the center of the three-restaurant complex. “The middle room has always been my favorite room,” Choe says. “He has the most privacy and privacy. This bar makes sense for a one-man show. Sato Omakase only has two seats each evening, and each can only accommodate 8-10 guests, for a total of 20 people per evening. Passing through the entrance to Polk Street, diners will start with a glass of wine and an appetizer in a front lounge, before heading to the sushi bar. Ron Stanford of Step 3 Studio designed this room with the same warm minimalism as the rest of the space, but like omakase’s lair, it has touches of luxe: red accent walls, a white granite countertop, black leather seats, a large light fixture in iron and black plates rimmed with gold.

Choe also changed her mind about the third and final restaurant concept, which is slated to open in the coming months. Instead of a whiskey bar, he’s now considering a wagyu bar called Kuro (1117 Polk Street), which literally means “black” and also refers to a breed of cattle. The menu is currently under development, but expect another tasting menu in the $ 150- $ 180 range, with a focus on cleanly seared wagyu over a binchotan charcoal. And not open to the public, but under these three restaurants there is also a brewery production space. Due to equipment shortages and delays, it is not yet functioning, but the goal is to eventually brew small batches of beer for the entire catering group.

Sato Omakase opens on Friday December 3. Hours are Wednesday to Sunday, with two seats at 5.30 p.m. and 8 p.m.