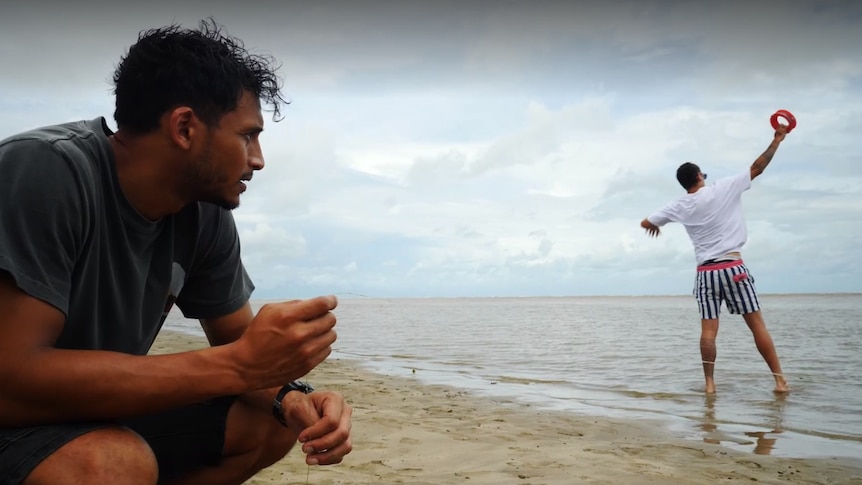 It’s a simple idea, and one that has a deep connection to Australian culture: from small things, big things develop.

So goes the song, by Kev Carmody and Paul Kelly, about the nascent land rights movement in the 1960s and 1970s.

But for ABC’s Rulla Kelly-Mansell, originally from northern Lutruwita-Tasmania and now living in Adelaide, the phrase is literal too.

Kelly-Mansell’s new show, Cooking on Country, deals with Aboriginal and Torres Strait Islander people, and explains how the nation’s landscape has acted as a greenhouse and pantry for Indigenous Australians for thousands of years. years.

“It’s called Cooking on Country for a reason,” Kelly-Mansell said.

“There’s this story that we traditionally lived, like that was it, but no. We had a sustainable way of life, we were the first farmers, we had it all figured out.

“There is an alternative way of life within reach, valued and respectful of the traditional ways of life of First Nations peoples.

“As the song says, from small things big things will hopefully grow.”

Kelly-Mansell described Cooking on Country as a light take on the traditional format of a cooking show, but it also has some serious and personal undertones, and briefly touches on Kelly-Mansell’s cancer diagnosis at the age of 27. .

“In this particular case, it is the people of Larrakia – the Larrakia are the saltwater dwellers of the Northern Territory,” said Kelly-Mansell.

“We travel to the Northern Territory, we travel to Darwin, we go hunting for the food that we eat, and in doing that, we are on Country, and we are learning from the people of Larrakia.”

In one episode, Kelly-Mansell and Motlop team up with Motlop’s cousin, Daniel, a man from Larrakia and former AFL footballer, to cook mud crab – a delicacy Kelly-Mansell describes as “the Top End Crayfish ”.

Other dishes on the menu include native figs, green ants, barramundi, and magpie goose.

Combine the commercial with the sustainable

In recent years, the “bush tucker” has undergone a rebranding.

Rather, the show promotes traditional cuisine as a form of fine dining in its own right, as something the general Australian public should include on their own plates.

Bush tucker is something very much in the same spirit as the haute cuisine of other nations of the world.

“In terms of meals, I think they’re all going to surprise people,” Kelly-Mansell said.

“A lot of people probably won’t even know what a magpie is.

“Something simple can be pretty high end. “

Another theme at the heart of Cooking on Country is the value of traditional foods and recipes, both ethically and commercially.

“I’m a close friend of two brothers who also run a business focused on food, and native food in particular,” said Kelly-Mansell.

“They basically hunt and collect it themselves, bring it back and sell it in their store.

“The idea is that we showcase people doing this in a commercial setting, and we emphasize the importance of going out and collecting it and what we can cook from it – and coming back to Country.”

But, as Kelly-Mansell points out, one type of value derives from another.

It is only by respecting the land and what it provides that those involved in its culture can ensure its sustainability as a resource.

“There is an old saying about Aboriginal culture: there were no words like ‘please’ and ‘thank you’ because they were never needed, you just expected you to shared, ”he said.

“We never take more than we have to.

“We need to create a culture and a generation where healthy and sustainable eating and living are just the norm – it’s not something you have to look for.

“We can do this in an ethical and sustainable way that does not harm the longevity of the species but also benefits your health.”

Cooking on Country is now available to watch on ABC iview.