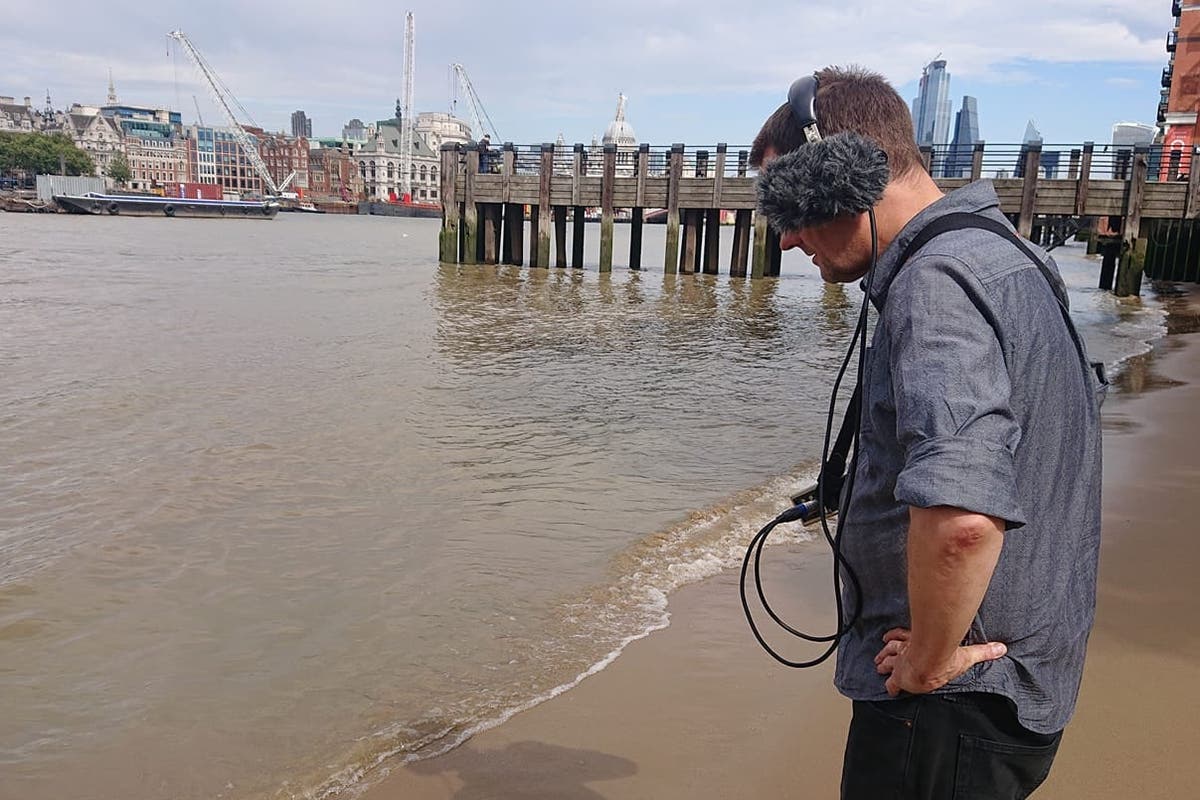 In Camberwell, there is the chirping of birds, the distant traffic, the slamming of car doors in the street, and the voices of passers-by. In Battersea, a woman sings as she sells her lavender, while in West Ham, two young urban foxes fight and scream.

Here are some of the clips from London Sound Survey, a field recording website that instantly takes you to a particular place and time. There are archival sounds, like the sale of lavender, which dates back to 1938 (before a law was passed to prevent people from singing in the streets to sell things), as well as more recent recordings, including one from inside Tower Bridge like a boat honks and it lifts up to allow it to pass.

The London Sound Survey is the creation of Ian Rawes, who died suddenly last month at the age of 56. His work captures London in a special way, evoking places in a way that photos or movies cannot, and it is now also in the archives of the London Met. as always online for anyone to access.

The idea came from the work Rawes did at the British Library’s sound archives in the early 2000s when he was their â€œvault keeperâ€ (he laughed at the high-sounding headline). He found recordings of everyday sounds in the BL collections – including one from all the foghorns along the UK coast and another from every Yorkshire bus line. It got him thinking about the sounds he remembered from his childhood in West London and what had changed – the evolution of street markets and buskers. It was before social media, when anyone could set up a website to chronicle their interests and that’s what Rawes did.

“I imagine he would have cringed upon hearing me say this, but in many ways he was a sonic Charles Dickens,” says Chris Low, who met Rawes in 1982 and lived with him. in Edinburgh. Rawes was active in the anarcho-punk movement and was called Ian Slaughter. . â€œWhat he aimed to do with his sound mapping was to represent the sound tapestry of the capital so that future generations walking through Soho in 2071 could hear how the same streets would have sounded fifty years ago. He was self-effacing and interested in which was not immediately apparent.

As the Sound Survey developed, field recording became more popular, with Chris Watson taking the lead. â€œIt’s gone from an old guy hobby like fishing to something the young people do,â€ Rawes said. â€œIt may be a reaction against the emphasis our culture places on the visual. We’re constantly being told about new video standards for our TVs and phones, and inevitably you get a backlash against it – reminding people that they have senses other than vision.

But the sounds of the city can be elusive. Rawes had an immersive approach to recording, often attaching microphones to his head to achieve different sounds. Helen Frosi, an artist and creator of Sound Fjord, says she will remember him, “in the handmade mufflers he used to keep the wind out of the wind, the ‘stealth’ clothes he wore to prevent the sound of his coat from entering the recordings “. He had an “enduring spirit of adventure and created a network of (sonic) stories that are sure to be renewed in every new generation that has access to his work.”

â€œIan was interested in life’s underdogs and underdogs, and had time for people and experiences that are easily missed or have been deliberately overlooked. He was an extremely deep thinker and storyteller, and conversations with him, often in one of his beloved Formica cafes, meandered in directions as diverse as 16th-century texts on potions that invoke hyperacute hearing, street cries that turn into televised jingles. In recent correspondence he got excited about his latest project, a long walk along the Norfolk coast, just himself, his recording equipment and a bivouac, so he was free to kipp almost anywhere he wanted it. This way of working was typically Ian, resourceful, creative and playful with everyday nuances.

Kate Carr, whose Flaming Pines label focuses on field recording, sound art and experimental music, met Ian at the first concert she played in London after leaving Australia. â€œMy image of Ian that night was of him sitting in a lounge chair, with a lamp, reading books, playing sounds and feasting the audience with great stories from his London. It was a difficult act to follow in every way, but I remember hoping that one day I would like and feel as comfortable in the city as he did, while still having such curiosity about him. . With his thousands of recordings made as part of the London Sound Survey, he has left us with an extremely valuable archive of the city and its diverse and inspiring soundscape. There is no doubt that Ian has made a massive and lasting contribution to the practice of field recording in London and beyond, while also inspiring many new recorders to step into the business and listen to a bit. more attentively the sounds of the city.

His discoveries about London found their way into a book, Honk, Conk and Squacket: Fabulous and Forgotten Sound-words from a Vanished Age of Listening, “a collection of over 1,500 forgotten and obscure sound words found in surveys of dialects of Victoria County and a host of other ancient sources from the English-speaking world â€. Stephen Cleary, chief curator of literary and creative recordings at the British Library, describes Rawes as “always gracious and unpretentious when discussing his work, and happy to share information about his techniques for recording places”.

Rawes’ style, says Frosi, was “to reveal the voices of people and objects, mostly modest and quite often inaudible.” Some of these recordings have revealed difficult pasts and complex presents, some reveal the past intertwined with the present. This is what brings Ian’s work, though often referred to as archives, constantly in a topical sense, and what makes it so important. Multiple pasts come to the surface through his London Sound Survey project, interweaving and permeating geography, people and materials with a scintillating quality – the past tempers the present, shining to meet again with each new ear that comes along. care to listen. The London Sound Survey, the complexity and layering of the recordings, is a nod to the many worlds of London – the city as a body, the city as a frame of reference, the city as a palimpsest, the city as that magic trick … ”

Low remembers accompanying his friend on his recordings and speaks of “sunny walks along the Thames punctuated by pub breaks and parties in Camden where, on a busy holiday Sunday, he captured for posterity the lingering ‘Cigarette Ponce And the chatty ‘Irish Joke Teller’ which featured on his debut album: These Are The Good Times. Rawes explained to Low how cities have their own unique sounds. He said: â€œI like the idea of â€‹â€‹closing my eyes and being able to almost hear you in a city, even if it’s a place you’ve never been, halfway around the world or before your trip. birth. “