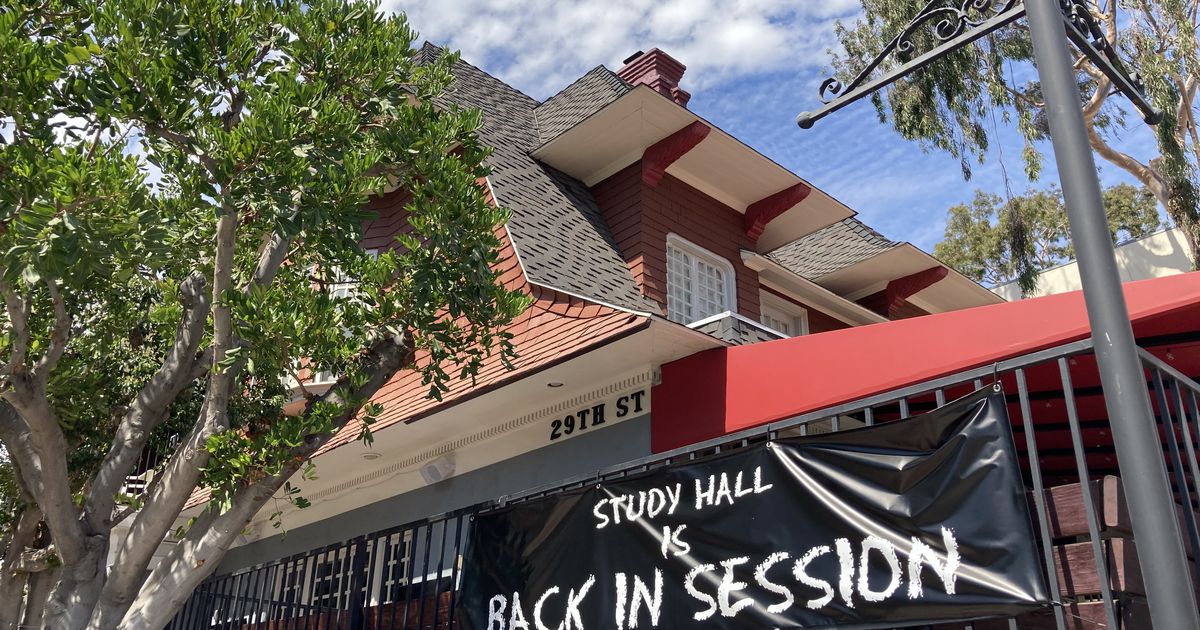 For USC students, the term â€œstudy hallâ€ is not associated with academic obligations, but rather fond memories and evenings spent eating and drinking with friends. Study Hall, a local bar and restaurant that closed in 2019, reopened on September 11, giving upper class students the opportunity to revisit their old hangout.

“It’s just another one of those really great places if you want to hang out with friends, if you just want to go watch a game or if you have to do some work,” said Daniel Hailpern, senior major in journalism, who ordered the very first beer from Study Hall after it reopened. “I know it’s pretty funny to call it Study Hall in a place where you usually get drunk.”

For Hailpern, the reopening of Study Hall meant a return to the traditions of the first colleges. As executive producer of sports talk show The Water Cooler, he and his friends were able to resume their post-show routine.

â€œIt was that place where our whole group of friends lived pretty much every Friday after our show. We’ve been working a lot all week, and then we’re just going to drink, eat, have a lot of fun, â€Hailpern said. “But in fact, on entering [to Study Hall], I didn’t think it would ever happen again. It’s definitely a cool, nostalgic experience to see him again.

Business administration and theater graduate Kara Bittman was one of many disappointed students when she learned of Study Hall’s closure.

â€œTo be completely honest, I was devastated. This establishment allowed students to meet in a relaxed manner. It helped bring the community closer to USC because it was just a really fun place in a really special place for all the students, â€Bittman said. “It was like a place open to everyone.”

The Victorian-style house converted into a restaurant is on the corner of South Hoover Street and 29th Street, providing an optimal location for students living off campus.

Morgan Reid, a senior business administration student, was a frequent customer before the pandemic and was one of the top five customers on opening day.

â€œI was really happy. My first thought was, â€œAre these the same owners? Is it the same menu? Like, what’s the problem? ‘ Said Reid. â€œBecause chicken fillets are what they’re known for. “

The restaurant closed in December 2019 for undisclosed reasons. In July, the current owner of BRAD Management contacted former Study Hall co-owner Ray Lee to ask if he was interested in reopening the restaurant. Lee has agreed to reopen with his wife and co-owner Sheena Kwon.

They tried to replicate the nostalgic feeling by keeping the menu essentially the same and redecorating with the same furniture, Kwon said. Kwon herself is an alumnus of USC and highlighted her Trojan pride when the restaurant reopened.

â€œWe got a lot of reviews from students saying there isn’t a restaurant like ours that isn’t a business franchise,â€ Kwon said. â€œOnce we opened it, I’m not exaggerating, at least 100 students came in and said, ‘We’re so glad you’re back. Once you left we didn’t know where to go.

Saffrono Del Mar offers Persian cuisine with a taste of Tuscany … and dancing!