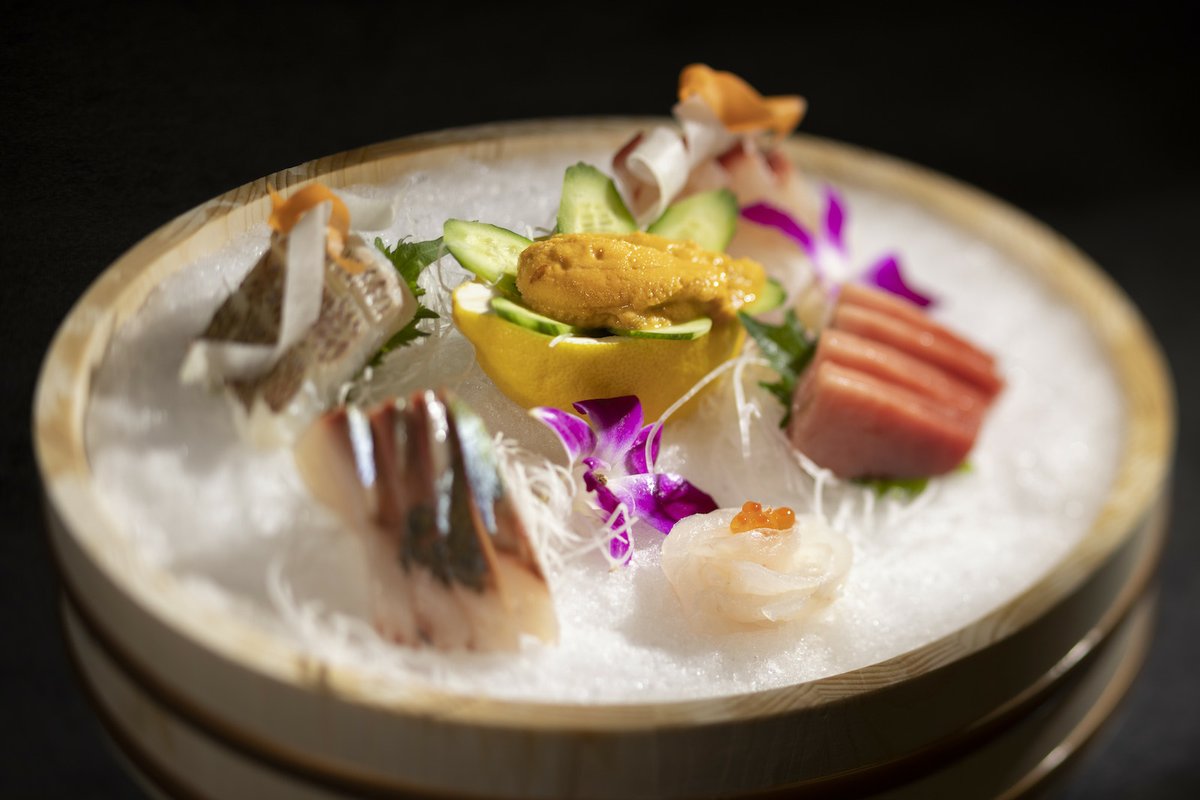 The art of sushi

In 1820s Japan, chef Hanaya Yohei forever changed the course of world cuisine when he served a slice of fish over a ball of rice, creating the first nigiri sushi the world had ever seen.

Today, even landlocked suburbs like Southlake have cultivated quite the sushi scene. From Sushi Sam’s first Dragon Roll in 1998 and Ozeki’s baked lobster and Tex-Mex rolls to Sushi Dojo’s inventive burritos, Southlake has a sushi-quality story to tell. Now, Southlake’s 10th and newest offering, Nikko, aims to elevate the way we see the beloved Japanese classic.

Opened in Southlake Town Square last month next to Trader Joe’s, Nikko is the brainchild of founder and restaurateur Shane Shin. Working in Dallas restaurants for over 20 years, Shane has succeeded in his goal of bringing authentic sushi to Southlake.

“I’ve wanted to open a sushi restaurant in Southlake for several years now,” Shane says. “We knew it could be done because we saw the potential with how people reacted to other restaurants in the area.”

Aspiring to introduce diners to a modern, high-end sushi experience, Shane knew he needed a high-quality chef to make a high-quality restaurant, and he found it in Executive Chef Tomo Tamura. Making sushi since the age of 18, Chef Tamura’s culinary career has taken him all over the world, from his first job in Tokyo to the prestigious Nobu in Colorado, even opening his own restaurant. in Kentucky.

Shane’s vision for high-end sushi was enticing enough to inspire Chef Tamura to come out of retirement to help bring something unique to life through Nikko.

“He’s an executive chef who specializes in kaiseki cooking, which is a method of home cooking where he cooks four, five, or six-course meals,” Shane explains. “He is like a teacher for everyone and he wants to pass on his knowledge and experiences to others.”

With the restaurant’s open concept, its lessons aren’t exclusive to kitchen staff either. Through the central bar area, diners can watch Chef Tamura and his team prepare their dishes in front of them, bringing an interactive element to their meal.

But what sets Nikko apart is that he marinates his fish to purify it and give it flavor. It’s the same way Hanaya prepared their sushi generations ago, lightly cooking or marinating their fish in soy sauce or vinegar.

“Even though it’s fresh, it needs a special drying method so you can have better quality, better tasting fish,” says Shane. “That’s why our textures and flavors are different.”

When serving, Nikko’s presentation style is simple and sophisticated, with Chef Tamura leaving room for the vibrant colors of his fish, sauces and vegetables to pop off the plate. The restaurant itself embodies a similar aesthetic, with floral decor, cedar wood backdrops, and a private dining room reminiscent of ancient Japan.

Whether you’re talking about the food, the kitchen or the dining room, everything about Nikko is a tribute to its “omakase” mantra, which translates to “I leave the choice up to you”.

“I love sushi,” Shane says. “It’s my passion, and that’s why I wanted to open Nikko in the first place – because I want to educate customers. Many other sushi restaurants only focus on making rolls with thick sauces. We want to put omakase back in the sushi bar so people can come in, see what the chefs are doing, and experience quality sushi the way it should be.