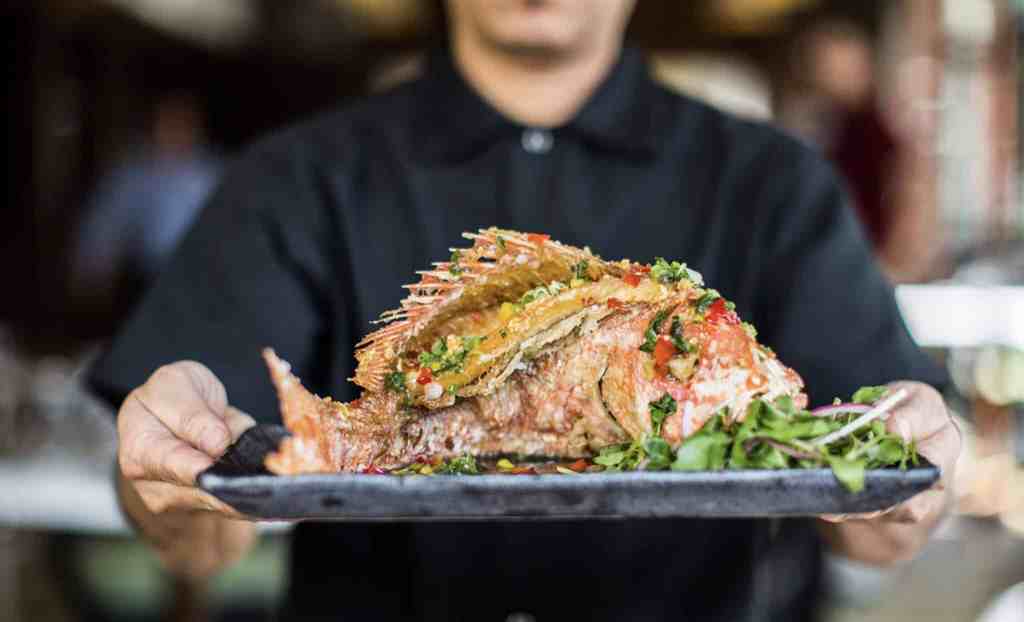 A gourmet restaurant combining Vietnamese and French cuisine will take place in a new building in Cherry Creek, which opens this week.

The Colonial — which launched in New York in 1993 and now operates in Atlanta, Chicago and Houston — plans to open in the seven-story project at 255 Fillmore St. developed by Denver-based BMC Investments. The building is expected to be completed in approximately 15 months.

“We couldn’t be more excited to bring our beloved Le Colonial restaurant to the vibrant and great neighborhood of Cherry Creek,” Colonial co-owner Rick Wahlstedt said in a statement.

Wahlstedt is also co-owner of Bilboquet, the French restaurant that opened in Cherry Creek in 2019 in another project developed and owned by BMC.

BMC CEO Matt Joblon told BusinessDen that in addition to owning Bilboquet, he leads a group that has invested in the restaurant. It was therefore a natural decision, he said, to offer space to Wahlstedt in his new project.

“We had a great relationship both as owners and investors,” he said. “Le Bilboquet did really well. He is an excellent operator. They understand what it takes.

The Colonial offers guests “a romantic, dreamy, escapist atmosphere reminiscent of Saigon in the 1920s,” according to a press release. Vietnam was part of a French colony from the late 1800s to the middle of the last century.

A menu for Chicago’s Le Colonial restaurant has large plates ranging from $17 to $39, with options including roast half duck, sate-spiced filet mignon and green shrimp curry. Small plates, which range from $14 to $22, include crispy vegetable rolls and Hanoi-style monkfish.

Denver isn’t the only city on Colonial’s radar. The chain plans to expand to eight cities over the next three years.

Sam Zaitz of JLL and Julie McBrearty of SullivanHayes market the retail space at 255 Fillmore. Newmark markets the office spaces of the building. FirstBank provided construction financing. Haselden is the general contractor. The architect is 4240 Architecture.

Subscribe to our new food newsletter, Stuffed, to get Denver food and drink news delivered straight to your inbox.

Authorize requests for lawyer’s fees, or not, in the event of bankruptcy (In re HTO & In re Sylvester)