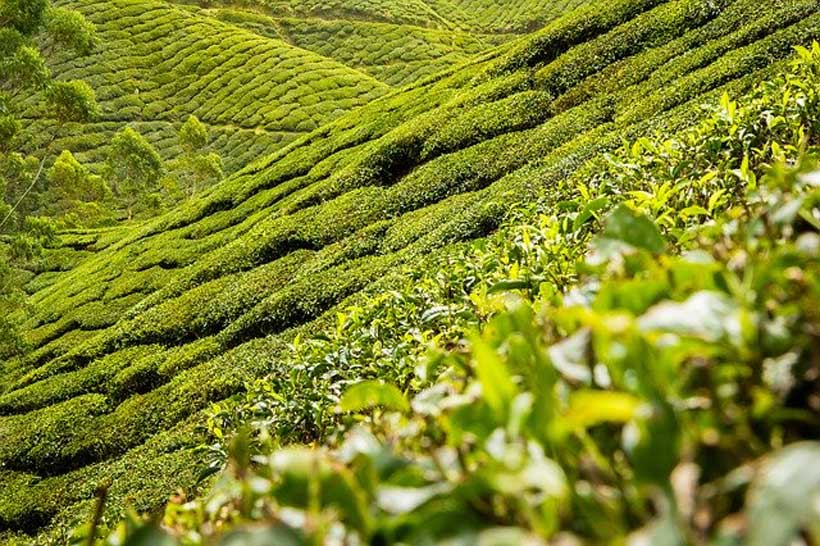 With one in eight people around the world at risk from a deadly heatwave in South Asia that has already claimed nearly 100 lives, it’s time to recognize that the climate crisis is a health crisis.

It is not an isolated problem. In South Africa, recent floods have claimed more than 400 lives, across the Sahel violence and insecurity are on the rise as people struggle with hunger, malnutrition and other factors exacerbated exponentially by climate change, and in places like Colombia, health and food security are at their worst. as floods displace communities and trigger epidemics.

This is the most pressing health and humanitarian challenge of the 21st century. A quarter of a million people are expected to die each year from climate change between 2030 and 2050 if we do nothing about it, according to the World Health Organization (WHO).

And for the first time ever, the IPCC report includes mental health as a key area affected by the climate crisis, noting that climate change has adversely affected the physical and mental health of people around the world.

People are losing their homes and loved ones as conflicts erupt over scarce resources in places like the Lake Chad Basin, and they dread the stress as we face the prolonged impacts of COVID-19 and the specter of other zoonotic pathogens that will increase as heat and environmental damage push animals out of their traditional areas, according to Harvard.

And even as countries and communities emerge from the COVID-19 crisis, it is clear that the pandemic has reinforced pre-existing structural inequalities, heightened systemic challenges and risks, and threatens to reverse hard-won progress in achieving the Sustainable Development Goals (SDGs) .

Climate change is expected to further increase the risks. We are already seeing “irreversible” damage from climate change. According to the IPCC report, more than 3 billion people – almost half of the world’s population – live in “settings that are highly vulnerable to climate change”. And the direct costs of climate change to the health system – not counting health-determining sectors such as agriculture, water and sanitation – are estimated at between $2 billion and $4 billion per year by the WHO. .

Adapting to climate change will be one of the main highlights of this year’s climate talks in Egypt. World leaders have the opportunity to connect the dots between health, food security, livelihoods, sustainable economic development and climate action as we come together to accelerate the ambition of Nationally Determined Contributions to the Paris Agreement and sprinting to achieve the lofty goals set out in the 2030 Agenda for Sustainable Development.

Most nationally determined contributions have identified health as a priority concern. At COP-26, more than 50 countries pledged to build climate-resilient, low-carbon health systems. These include 47 countries, accounting for more than a third of global healthcare emissions. Fourteen countries have also set a target date to achieve net zero carbon emissions in their healthcare system before 2050.

There are a number of entry points that can help countries achieve these goals. Key opportunities arise from adaptation interventions that contribute to food and water security, climate-informed health planning that can feed into national adaptation plans, early warning systems for climate-sensitive infectious diseases capacity building of health facilities to develop protocols and prepare for changing health needs resulting from the climate crisis, public health education campaigns and community-level investments in facilities water and sanitation and other infrastructure that prevents the spread of disease.

When you think about it as a whole, the climate and health crisis is surprisingly complex. In places like Egypt, people need air conditioning units just to survive over 120 degree days. But more alternating current means more greenhouse gases. We must therefore also rethink economic development, incentives for renewable energies, the reduction of hydro-chloro-fluorocarbons and other pollutants that literally poison our planet.

We must also rethink climate resilience in our cities, on the farm and in the marketplace, redefining our approach to trade and economic development as we adapt to the new challenges of the 21st century.

The good news is that we are making progress.

In Barbados, community public health campaigns have promoted the safe use of wastewater. In Bhutan, the government has improved its ability to predict climate-sensitive infectious diseases. And in China, three pilot cities have set up a heat-health alert system.

There’s a bigger picture here. Ultimately, projects designed to achieve food and water security, advance ecosystem-based adaptation or improve livelihoods will help us solve these interconnected problems. In partnership with governments, donors, the private sector, civil society and other key stakeholders, UNDP’s current climate change adaptation portfolio is designed to benefit 126 million people through 1, $6 billion in investments from vertical funds and bilateral donors, as well as an additional $3.8 billion in funding mobilized from partners.

This good start, but far from the 20 to 40 billion US dollars of annual expenditure for adaptation to climate change called for at the Glasgow climate talks.

Taking a system-wide approach, embracing new technologies and ways of working, engaging with the private sector and activating locally-led climate action is essential if we are to address to this crisis.