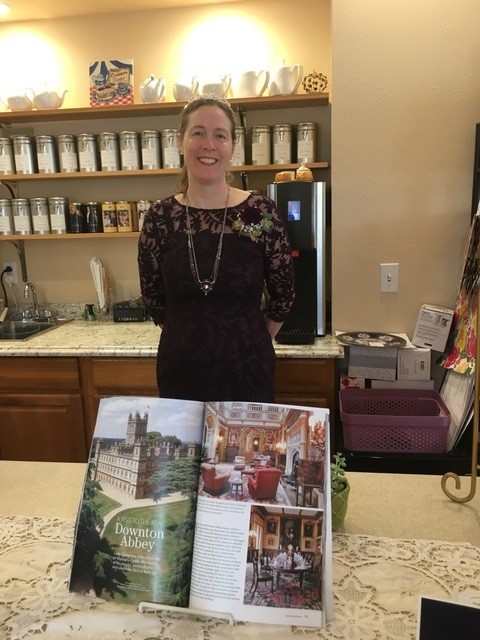 Before Jane Muscroft left Britain for America in 2000, she always wanted to get into the food business.

Originally, she wanted a bed and breakfast in the south of England, but once she moved to the St. Louis area, she started teaching cooking classes and owned Queens. Kitchen Tea Room located at 120 S. Main St, Edwardsville for six years.

From now on, this Saturday from 9 a.m. to 4 p.m. will be the last opening hours of the tea room.

“I’ve always enjoyed the aspect of running a tearoom,” Muscroft said. “I always aspired to have a restaurant, but I never thought I would.”

Muscroft was teaching cooking classes at Dierberg in the early 2000s, when customers began to express how much they enjoyed the afternoon tea and the homemade recipes.

From there, she launched Queens Cuisine in 2007 and spent the next nine years appearing at various farmers markets in the area.

In May 2016 she moved into the current building and throughout this time she has enjoyed sharing her love of British cuisine and the culture she grew up with.

“It was so nice to share something unique to the area,” Muscroft said. “There are so many memories.”

Afternoon lunches have been full for a week.

“It’s been really heartwarming,” Muscroft said. “I was amazed at the response and how wonderful everyone was.”

Since Muscroft announced the closure, the community has responded with customers bringing cards, flowers and gifts to thank them for having the tea room.

“People enjoy the afternoon tea experience,” Muscroft said. “Loved sharing home cooked meals and afternoon teas. It has been an ongoing special opportunity to share experiences with the community.

For about 10 years now, she has been teaching at the Missouri Botanical Garden. Its British-themed courses consist of soups, teas and foods associated with the Queens Cuisine tea room.

Muscroft plans to focus primarily on writing a cookbook featuring recipes from the teahouse.

“It’s been a good connection to my old roots,” Muscroft said.

On Saturday, Muscroft said anyone could go out and grab anything that reminded them of Queens Cuisine tea room and afternoon teas.

“It was a wonderful, enjoyable experience,” Muscroft said. “It was so nice to meet new people and feel part of the community and feel so welcome, even though that’s not where I was born.”