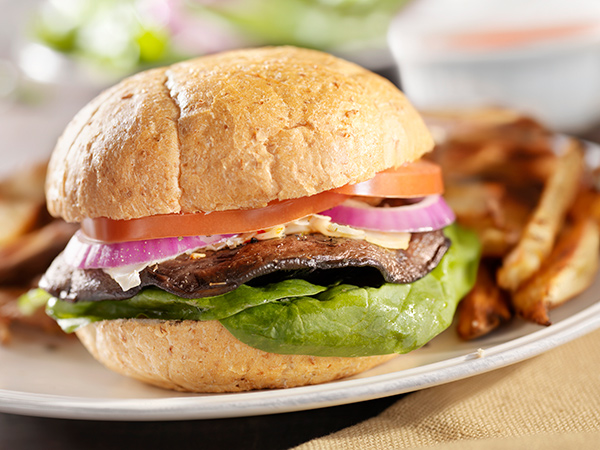 Tips for cooking at home from a restaurant critic

Most of us learn to cook by first watching others do it. Maybe you’re a son whose mom made blue ribbon pies, or a daughter whose dad made pizza at his own dad’s pizzeria. Or anyone, anywhere, who has ever asked someone cooking on their stove, “So how much salt did you just add?”

I learned a lot about cooking from my parents, especially my mother, and cooking with friends. But I also learned by watching the cooking – to be precise, the end result of the cooking – of hundreds of restaurant chefs.

I’ve been reviewing restaurants around the area for 15 years, mostly in the 1980s and 1990s, kinda hip, eating and testing thousands of restaurant meals.

Tips for cooking at home from a restaurant and food critic

Here’s (part of) what I’ve learned about home cooking from reviewing all those restaurant meals. These are lessons I’ve learned at ‘home’, specifically when cooking for guests in my home. Sitting down for a meal at someone else’s table is akin to being a restaurant critic at a chef’s restaurant.

I remember writing recurring comments in my reviews, about how butter tasted on the “fridge” table or how floury or stale the bread was. It’s the little things (which by nature add up) that a good cook needs to watch out for.

For example, in the fridge, keep butter in its own shed, away from foods that it can pick up odors and bad tastes from. (This warning applies to many foods that can absorb bad odors: a slice of polenta left to cool, for example, or certainly many baked goods.)

From all those years of eating out, I’ve learned many solid cooking techniques, such as how hand-patted burger meat outperforms, especially in texture, pre-formed, packaged patties. How mushrooms are sponges, really, and so be careful with my hand when adding moisture (if any) when cooking or serving them.

Mushrooms are like meat as plant material and can be cooked profitably in the same way, over high heat or high heat.

I’ve learned not to soak chopped nuts in dressing for more than a few minutes lest they lose their crunch. Or beware how easily you can wash away the crispiness I got on roasted veggies or the edge of a steak or the bottom of a risotto cake by letting it steam on its own. it is contained in some way (covered in a serving dish, for example) or by drizzling it with an embarrassment of sauce.

Some things really bothered me, mostly dishonesty, it turns out. I used to rank or rate a restaurant on the correspondence between what it said it was and what it delivered on the plate. A really good joint pho has the same kind of positives as a fancy fine dining establishment if both were honest in their own way.

One thing totally bothered me: the canned corned beef, which I think looks and smells like anything wet for Purina’s pooch. (It may also have the taste, but I can’t and won’t go there.) So every time I asked a waiter if the restaurant made “its own corned beef hash” and that he had, but that it wasn’t, I was pissed. To cook from a tin is to re-cook someone else’s kitchen. Don’t; cook anything yourself.

I guess what I learned most about cooking from all these restaurant reviews is also another form of honesty, which is buying the best quality ingredients you can afford, preparing them simply or directly, with special attention, while keeping the plate balanced (between textures, tastes, flavors, aromas, even all the senses).

That sounds like a lot, and in fact it is, which means it also allows for the playfulness and pretentiousness that can be its downfalls. Dining out—and, similarly, entertaining at the table—is beset by the urge to splurge, impress, or impress.

It is important to check this, just like a fall or winter coat on the doorstep.

Choose mushroom caps larger than the diameter of the buns, to allow for 25-50% shrinkage in the heat of the grill. Stalk the mushrooms (use the stems later for broths or broths) and quickly brush or rinse off any visible growing medium. If not sliced, cut the buns or rolls crosswise along their equators leaving a slight “hinge” just before slicing them completely.

Add the rest of the ingredients, except the lettuce leaves, to a small bowl and mix well. Just before grilling, generously brush the mushroom caps on both sides with the flavored oil.

Grill the caps on both sides until they have released much of their water and are starting to blacken nicely and become “meaty”, taking care not to char or burn them. Set them aside. Briefly toast the insides of the buns on the grill. Layer hats on buns and garnish with lettuce leaves. Serve with any number of condiments or sauces possible.

In a bowl, gently combine the corned beef, potatoes and cream. Put aside.

Over medium-high heat, in a large skillet, preferably non-stick or seasoned cast iron, melt 2 tablespoons of butter and cook the onions for 6-7 minutes to soften them.

Add the remaining butter to the skillet and when melted, combine the meat and potatoes, pressing down with a spatula to flatten evenly. Bake for 10 minutes or until a crust forms on the bottom. (Watch to see how it goes.)

Then, brown the top in one of three ways: broil near the broil element for 5 to 6 minutes; flip mince into broken sections and cook new sides for 8-10 minutes; or (this is the most difficult but may be the most appealing) placing a large plate over the hash in the pan, flipping the pan and plate together, then sliding the less cooked side of the hash off the plate in the pan and cook on that side for 8 to 10 minutes.

Garnish with chopped flat-leaf parsley and serve with plenty of ground pepper and hot sauce or ketchup. Poached eggs are a traditional filling, but any soft-boiled egg is also fine.