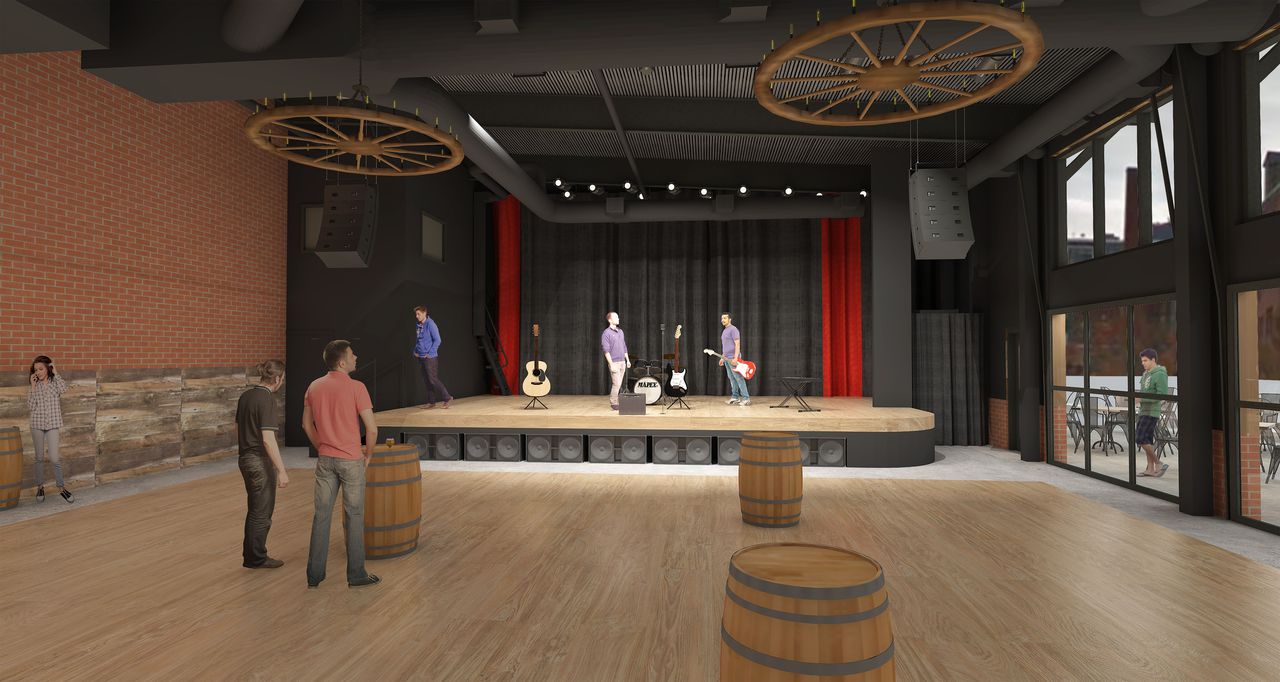 Off the tracks, a Worcester-based country music-themed bar and restaurant, is aiming for a major expansion set to open this spring.

After an exclusive first look a tour space with MassLive on Tuesday, Eric Lindquist, Director of Communications for OTR, unveiled the official renderings of the Music Venue space planned for four seasons which is currently taking shape.

However, OTR will have a more focused goal of bringing “national country and Americana acts” to their venue with the intention of showcasing them on weekend nights, according to Lindquist.

“There’s going to be a real kind of Nashville neon to this that’s going to get people excited for downtown Worcester,” Lindquist said. “We’ll be bringing in people from Nashville, from the south, from Los Angeles – it’s going to be a big deal.”

Combined with the adjoining car park and facilities at the Palladium, Lindquist said the changes will make the area “a corridor for big artists who want to enter through Worcester”.

The first confirmed performance will be Ricky Duran, scheduled for May 7. Duran was the season 17 runner-up of the NBC singing competition series “The Voice,” according to his website. More shows are expected to be announced in the coming weeks, Lindquist said.

Despite the muddy grounds and buzz of construction now, the finished venue will accommodate 4,200 square feet of space, with a 20-by-30-foot stage at one end and an adjoining restroom bar at the other side. Tentative planning has the indoor capacity limit between 500 and 600 people.

The space will feature garage door-style windows that will open in warm weather to the outside and face the Worcester Palladium parking area.

A beer garden will sit outside the venue space with a tentative capacity of around 100 people according to Lindquist. The beer garden will also serve as an additional VIP viewing area for outdoor shows at the Palladium.

Models of the exterior show rows of tables occupying a cobblestone space in front of four-season windows.

The restaurant and the venue space will technically operate separately according to Lindquist, but live shows in the venue hall will be broadcast live via televisions to those in the restaurant space.

Lindquist noted that the space will also be open for rental for private events such as office parties, wedding receptions, banquets and graduations.

OTR, located at 90 Commercial St. across from the DCU Center, opened last summer and operates primarily in the evenings Wednesday through Sunday, with a late-morning brunch on weekends. The company aims to bring “a bit of Nashville to Worcester,” as MassLive previously reported in July 2021.