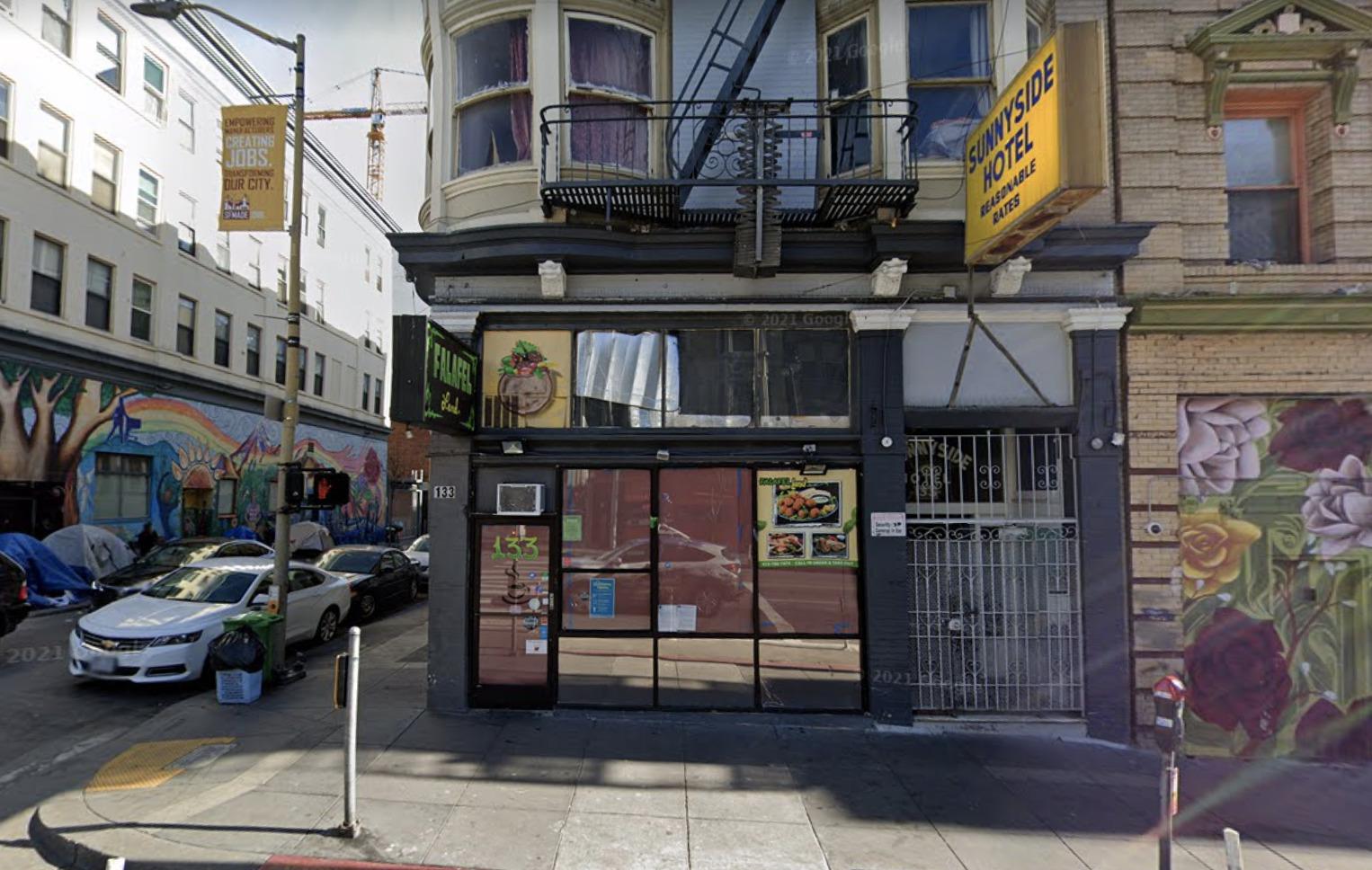 As part of our ongoing reporting on the impact of the pandemic on local businesses and other permanent closures even as California has now essentially reopened, here is a list of Bay Area restaurants that have closed permanently in effective June 22. The Chronicle will update this list weekly.

Yemeni counter service point Falafelland closed for good a little over two years after opening. Its storefront at 133 Sixh St., on the corner of Minna Street, has been replaced by a shop selling T-shirts and vapes. Chronicle Soleil Ho’s food critic counted the restaurant as one of her favorite lunch spots and praised its “most delicious falafels,” noting that “their falafel salads are cups that are packed with ingredients like baba ghanouj, fries, dolmas, tomatoes, cucumbers and pickles â€. The restaurant did not immediately return a request for comment.

South San Francisco location Gros Ventre charcuterie has closed permanently inside the J&J Market on Grand Avenue, according to an ad on the deli’s Instagram page. However, this is not a permanent closure as the owners are actively looking for a new location.

Chef Dennis Lee has closed the Divisadero outpost of his popular Korean fast-casual restaurant Namu stone pot. An Instagram ad indicated that the restaurant’s last day of service was June 6. â€œDue to this crazy year and the state of the pandemic and COVID health regulations, we just aren’t able to accommodate the reopening anytime soon,â€ the restaurant’s announcement said. Namu Stonepot location across from Mission Dolores Park remains open.

Oakland Bakery Wild rabbit closed its physical location. Yelp notes that the bakery is closed and the Oakland space has been taken over by popular Asian-American bakery supplier Bake Sum for its new permanent location.

One of the best Middle Eastern restaurants in the Bay Area, Beit rima, has permanently closed its Daly City location. Tablehopper first reported the news and also noted that the outpost had been replaced with a location for the Bay Area’s quick and casual Greek restaurant, Nick the Greek. The Beit Rima sites in the Castro Valley and Cole remain open.

National Steakhouse Chain Chris from Ruth closed its only location in San Francisco over a year ago, but the closure has remained silent until recently reported by SFGate. The chain acknowledges the permanent closure on its website, although its other Bay Area location in Walnut Creek remains open.

Destination of the Ferry Building desserts Smooch Tartshop, known for its visually striking pastries, has closed its doors for good. The last day of the store was May 29. However, this is not a permanent shutdown for the business. The owners confirmed to The Chronicle that while the Ferry Building outpost has closed, they are “working on what our next chapter looks like and will be updated in due course.”

Cocktail establishment Topsy’s bar, located just one block from the Dragon’s Gate entrance to Chinatown, has closed permanently. Owner Angela Voloshyna has confirmed the news to Eater SF and is focusing her efforts on her new DecoDance bar on Polk Street.

Oakland Nightclub LiÃ¨ge Spirits Fair closed at the end of May. The owner broke the news on Instagram last month. â€œIt’s been a hell of a 11 year race and when a door closes and better opportunities open upâ€¦ it’s great and I look forward to the next chapter,â€ wrote owner Chris Rachal. Beyond DJs and drinks, the club was known for Sunday brunches and â€œGourmet Fridaysâ€ with guest chefs.

Berkeley Bagel Place 4th Street Bagel Shop closed permanently. The establishment was a good, long-standing neighborhood along the posh Fourth Street strip, according to Berkeleyside, which initially reported the closure.

Konomama, a casual Japanese curry restaurant in San Francisco closed on May 28 “for various financial and personal business reasons,” according to an Instagram post. The Inner Richmond spot is set to be replaced with a permanent outpost of the pop-up ramen phenomenon Noodle in a Haystack.

Oakland Dinner Pretty Woman closed for good. The restaurant was known for its friendly service and dishes like smothered pork chops, cookies and gravy, according to Berkeleyside, which first reported the closure.

The Fillmore spin-off of the famous Vietnamese restaurant The Slanted Door has closed for good. Outside had been closed throughout the pandemic and chef and owner Charles Phan told The Chronicle the restaurant was not making any money even before shelter-in-place orders were placed.

Laotian-style pho shop in San Leandro Pho Me noodles closed. Chef and landlord Cindy Sengsourith told Eater SF her landlord wanted to raise the rent and was unable to secure a new lease.

After more than 15 years of activity, Soop, a take-out restaurant in the epicurean garden of North Berkeley has closed its doors for good. Chef Marc Kelly’s soup counter, one of the food court’s first tenants and a favorite among Alice Waters and Michael Pollan, according to Berkeleyside, who first reported the closure.